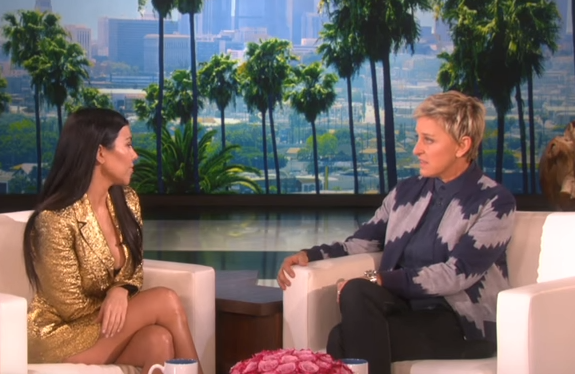 In her interview with Ellen Degeneres which aired on Monday, Kardashian kept mum about her model sister’s relationship with the One Directioner.

“I saw her and Harry, and they are a cute couple, right?” Degeneres asked the reality star. “I don’t know. You know more than I do,” the 36-year-old answered.

Meanwhile, Kourtney’s younger sister, Khloe, revealed a lot when it came to her siblings.

“I don’t know if they’re like boyfriend-girlfriend,” she explained. “Nowadays, I don’t know. People are weird with stuff. So, I don’t know their title. But I mean, they were in St. Barts together hanging out, so to me that’s dating.”

Jenner, 20, and Styles, 21 were snapped on a yacht in St. Barts during the holidays.

The former rumored couple, who are friends with fellow pair Gigi Hadid and Zayn Malik, were seen kissing and hugging.

Rumors on Jenner and Styles’ relationship started in November of 2013 until 2014 but were never made official.

Jenner previously addressed the issue on her Twitter saying, “Enough with the rumors! I’m single, people.”

Styles, on the other hand, was asked by CNN’s Piers Morgan in 2013 which he then innocently answered, “I mean, we went out for dinner, but no. I guess.”

Jenner and Styles were first found having a romantic dinner at Blanchards restaurant before they were snapped on a yacht. Their Caribbean vacation happened just days after Harry went on a hiatus from One Direction.