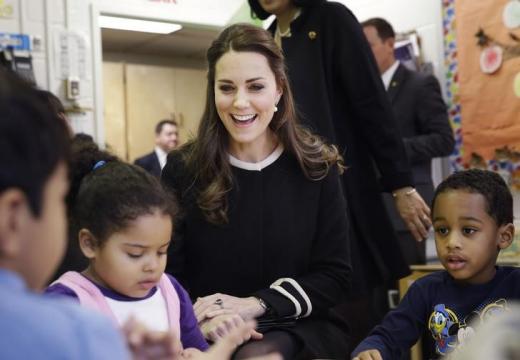 Speculations about the Duchess of Cambridge Kate Middleton possibly pregnant with their third child continue to circulate online.

Reports claim that the wife of Prince William may be expecting again with some insiders saying that she may even be three to four months along. There are also assumptions suggesting that the Duke and Duchess of Cambridge may want to add another child to their family after Princess Victoria and Prince Daniel of Sweden welcomed a baby boy on March 2.

The Swedish royal family held a press conference almost immediately after the baby has arrived with King Carl announcing the name and the title – Prince Oscar. They also had a cabinet meeting following the press conference.

However, since neither the Duchess nor the Duke has officially commented on the matter, available information should be taken with a grain of salt.

The two are reportedly preparing for their very first trip to India which will take around a week as they will also visit Bhutan.

There are assumptions that the royal couple will follow some of the stops made by Prince William’s mother, the late Princess Diana when she visited the country 24 years ago. The trip may include the Taj Mahal in Uttar Pradesh wherein one of her iconic photos was taken. The itinerary is expected to have the two visiting slums in Mumbai and Delhi to meet with charities working in the place and a short visit to Kaziranga National Park in Assam.

“The Duke and Duchess are very much looking forward to their tours of India and Bhutan. Their visit to India will be an introduction to a country that they plan to build an enduring relationship with. They will pay tribute to India’s proud history, but also are keen to understand the hopes and aspirations of young Indian people and the major role they will play in shaping the 21st century,” the Kensington Palace source said.

“They will see a variety of aspects of contemporary Indian life, focusing on young people, sport, entrepreneurship, efforts to relieve urban poverty, the creative arts, and rural life,” the source added.

'Frozen 2' update: Story to show a more playful Elsa; Will...