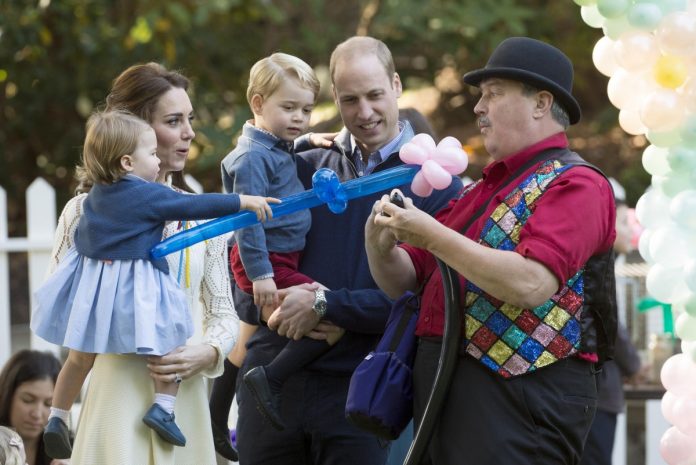 Prince William and Duchess Kate have just returned from their visit to Canada, and fans were excited to see the royal couple as they stepped out for the first time with both of their children, Prince George and Princess Charlotte. While royal watchers were thrilled to see the Cambridges on their first official tour as a family of four, many are hoping that the young royals will add to their family soon.

According to Mirror.co.uk, bookies have slashed the odds for the arrival of a third royal baby after the Duke and Duchess’ tour of Canada. Bookmakers have reduced the odds to just 4-6 for a 2017 announcement of another baby, while it’s a 4-1 chance that the news will emerge before the end of the year. This means that for every 1 (about $1.24) bet, one can win 4 or $4.97.

Jessica Bridge of Ladbrokes said, “The sight of Kate and Wills with George and Charlotte has sent royal baby watchers into overdrive. A 2016 announcement seems unlikely but if money’s to be believed 2017 looks like a certainty.” Bridge added that fans of the Duke and Duchess are hoping that they make an addition to their family “sooner rather than later.”

Taking bets on sports and other events at agreed-upon odds is nothing new in the United Kingdom. Last year, people even bet on the Cambridges’ baby daughter’s name before her birth. As the Duchess went into labor on the morning of May 2, 2015, it was reported that a late surge saw Charlotte as the favorite for the name of the new royal baby, overtaking the name Alice. Bookmaker William Hill slashed the odds of the baby being named Princess Charlotte, which ended at 5-4. Later, it was announced that the young royals named their daughter Princess Charlotte Elizabeth Diana as a tribute to the Queen and to Prince William’s late mother, Princess Diana.

As fans of the royal family make their bets, all eyes will be on the Duchess’ every move after their Canada tour. Stay tuned for more news about the Cambridge family.

'Game of Thrones' season 6 rumors: what can fans expect from...