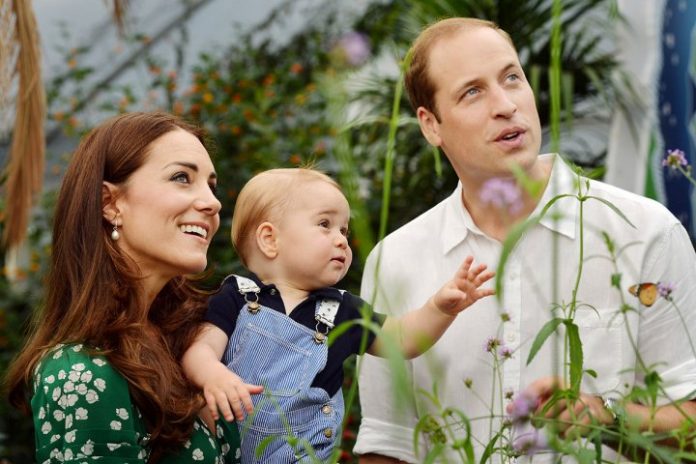 In what may well be the next major fashion trend, the Duke and Duchess of Cambridge have been spotted wearing pullovers.

But they’re not just pullovers. They’re matching blue pullovers, with their titles displayed on the back.

The royal couple debuted this new look at the first round of the America’s Cup World Seriesheld in Portsmouth, England last Sunday.

Meanwhile, Prince William has nothing but praises for his wife, whom he says has been doing a great job at being a mom to their two adorable children, 2-year-old Prince George and Princess Charlotte, who is only a few months old.

“It is fantastic having a lovely little family and I am so thrilled. And Catherine has been doing an amazing job as a mother and I’m very proud of her,” Prince William said in a Hello Magazine interview.

For her part, the duchess, who recently appeared in a 1851 Trust children’s charity with her husband, charmed the attendees with her wit.

During the event, a young boy reportedly rose to ask her a question. Kate responded by asking him his name. Coincidentally, he was also named George like her son. Kate immediately replied: Good name! to which the crowd responded positively.

“Some of the children were completely wet from the heavy rain and were squelching around in their shoes. But she was very disarming. It was a very informal visit, and both the Duke and Duchess spent a lot of time with the children, which was fantastic. They put everyone at ease straight away. All the children really opened up,” Alasdair Akass, CEO of the 1851 Trust shared in an interview with People.