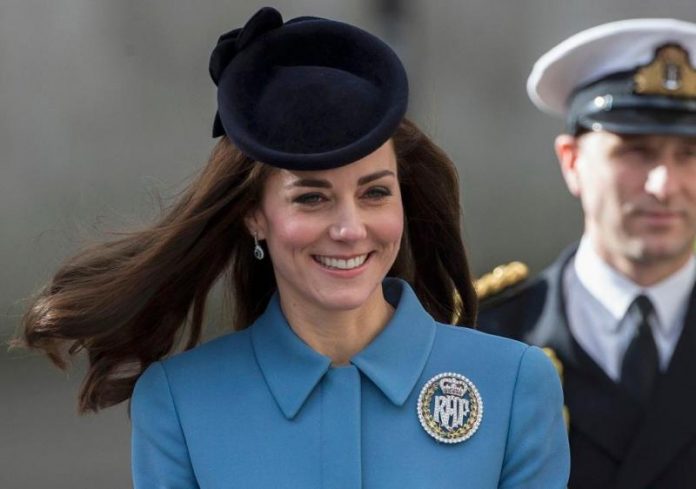 Prince George is just two years old and wants to be like his dad, Prince William already.

The Duchess of Cambridge, 34, graced the service in the RAF church, St. Clement Danes in London on Sunday wearing a blue Alexander McQueen coat, blue suede pumps and a Lock & Co. hat. A huge Dacre diamond and ruby RAF brooch – which is usually given to the best female cadet – was also pinned on Kate’s left chest.  Kate promised to help recruit more volunteers.

Cadet Lucinda Conder, 19, who had a short conversation with the Duchess, told reporters that Kate mentioned her son George was already in love with planes after she showed him photos of Spitfire fighter planes.

“He is now obsessed with the air cadets and wants to join,” Ms. Conder, who is from Hammersmith in West London dished out. “We are going to have to push that one when he gets to age 12.”

RAF pilot Carol Vorderman also shared her thoughts about Kate getting involved with the Cadets.

The Duke of Edinburgh, Prince Philip, turned over his RAF Air Cadets patronage to Kate, his granddaughter-in-law, last December, after serving the organization as an Air Commodore-in-Chief for 63 years.