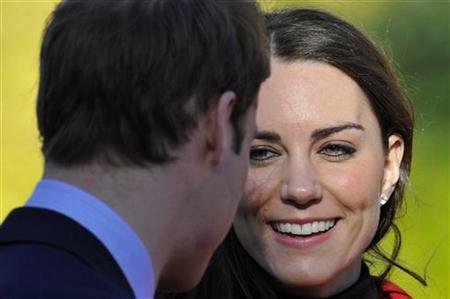 Known to the world with her many titles such as Duchess of Cambridge, Countess of Strathearn and Baroness Carrickfergus, Kate Middleton’s nickname at home is revealed by Prince William during his recent interview with BBC Sport for the FA Cup Final.

When asked by Match of the Day presenter, Gary Lineker on how long before he brings Prince George to Villa Park, he said that, “I don’t know, I’ll have to pass that by the missus, see how I can get away with it! At the moment, being only 22 months, it’s a little bit early.”

Prince William is the president of football’s governing body in England, the Football Association and he has been supporting Aston Villa since he was young. Lineker also asked during the interview whether he thinks his eldest child will support the same football club, “If he supports Villa, it’d be fantastic. I’d love to go to the odd match with him in the future,” he said.

He added, however, that the decision depends entirely on his son, “The responsible thing would be to say, to let him make his own mind up… It’ll probably end up being that Charlotte is the Villa fan, and George will go and support someone else.”

According to Huffington Post, six weeks after giving birth to Princess Charlotte on May 2, the Duchess is expected by Queen Elizabeth to be present during the traditional parade, “Trooping of Colour,” on June 13, in celebration of the Queen’s birthday.

A source close to the royals told OK UK, that the Queen thinks that “a month is more than enough time” for the Duchess before she appears at an important public event. “Kate will be on show for it, dressed up in a smart outfit, with the eyes of the world on her,” the source adds.

The Duchess’s maternity leave is reportedly shorter this time compared to her 39-day leave after giving birth to Prince George in 2013.

E3 2016 Bethesda news: titles in line-up include 'The Elder Scrolls...