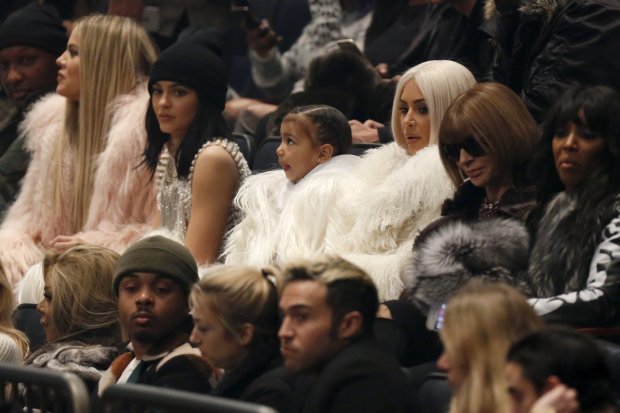 Kanye West opened this season’s New York Fashion Week with a fashion and listening show last week with “Yeezy” season 3 in a packed Madison Square Garden. On top of unveiling his newest line in partnership with Adidas, he also launched his most anticipated album “The Life of Pablo.”

“This album is really a gospel album,” West revealed to Billboard.com about the controversial album. It made numerous headlines since its launch because of its reference to pop singer Taylor Swift who has a controversial history with the rapper.

Despite the flak he received on some songs in the album, West is proud of it saying, “It’s been a hard struggle, but I feel so happy, so much joy to be actually following my dreams without people sh*tting on me.”

For Swift’s part, she released a statement via her representative denying Kanye’s claims that he had the singer’s blessing to use her name in his song “Famous.”

“Kanye did not call for approval, but to ask Taylor to release his single ‘Famous’ on her Twitter account. She declined and cautioned him about releasing a song with such a strong misogynistic message, Taylor was never made aware of the actual lyric, ‘I made that bitch famous,'” the statement read.

In the middle of the controversy, West’s wife, Kim Kardashian, their daughter North, and the rest of the reality TV family all rallied behind him during the show. Aside from Kardashian matriarch Kris, daughters Kendall, Kourtney, Kylie and Khloe, Caitlyn Jenner and close friends Bella and Gigi Hadid, Balmain creative director Olivier Rousteing, and Vogue Editor Anna Wintour, one person from the seats took the spotlight was Lamar Odom who made his first public appearance since his drug overdose scare last year.

Sandwiched between Khloe and Kendall, the former NBA player wore a green parka and beanie. Given this, rumors that ex-couple Lamar and Khloe reunited resurfaced especially after Khloe’s recent split with boyfriend James Harden.

Unfortunately, the youngest of the Kardashian sister denied the reports by posting, “God forbid exes are cordial right?!?!” she tweeted late Thursday. “Wtf is wrong with people?!?! People should praise kindness. Not question it.”

As previously reported, Khloe pulled the plug on their ongoing divorce settlement and chose to be with Lamar’s side throughout his health ordeal.