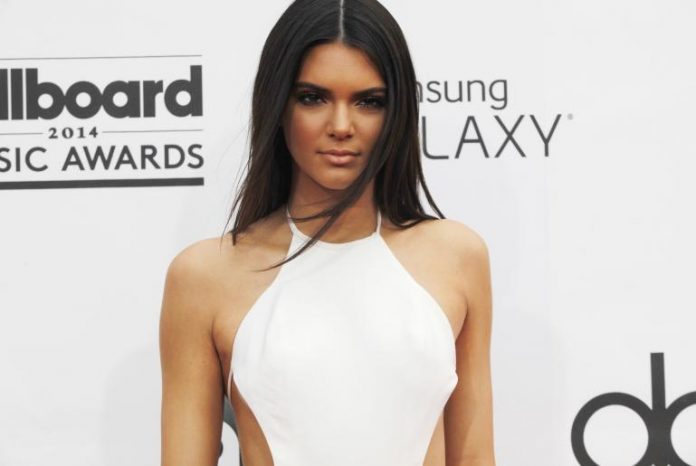 The fashion month is already coming to a close, meaning all roads are now headed to Paris for the last stretch of the presentations for the 2016 Fall/Winter collections, including supermodel Kendall Jenner.

The 20-year-old reality star has been jet setting since February kicking off the month headlining in Diane Von Furstenburg and Marc Jacobs in New York before flying out to Milan for Bottega Venetta and Fendi. Now, Jenner is finishing up her fashion label lineup in Paris recently opening and closing Olivier Rousteing latest collection for Balmain where she swapped hair colors with pal Gigi Hadid.

But on top of her professional job, the Kardashian-Jenner sister may also be able to sneak out some dates with pro-football player Cristiano Ronaldo. A source of Hollywood Life told the media outlet that Ronaldo personally invited Jenner to a Real Madrid game.

“With [Kendall Jenner] being in Paris for Fashion Week, Cristiano extended an invite to her to attend a Real Madrid game while she’s in Europe,” the website quoted their tipster.

“[Kendall Jenner] may not have the time to go this week, but Cristiano made it an open invitation for her to come and see him play any time she wants.”

“All she has to do is let him know… He’s quite infatuated with her, and it won’t be just all about watching him play soccer. He intends to take her out for a romantic dinner because he would love to date her,” the source added.

Up until now, Jenner has been quite private in terms of her personal life and it seems like she would want to keep it that way. Unfortunately, with a flurry of reporters following her every movie, it is somehow difficult to keep her romantic life on the down low. Earlier this year, she was snapped getting cozy with One Direction member Harry Styles while on a vacation in St. Barts.