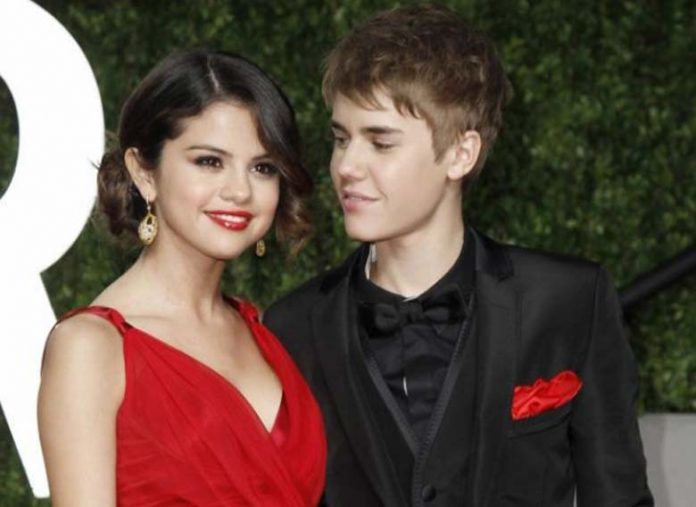 It’s not unusual for Hollywood celebrities to break up and then get back together. Fans have seen numerous couples do this, but Justin Bieber and Selena Gomez have been through the situation many times.

The two singers are both busy with the release of their respective albums (“Revival” for Gomez and “Purpose” for Bieber) and both have been doing the rounds for promotional activities. However, these didn’t stop the two from hanging out together.

This week, the ex-lovers were snapped getting cozy together at a high-end restaurant in Los Angeles, which ended up with the Canadian pop star serenading the “Same Old Love” singer with a couple of his own songs. In addition, it was also shown that the two even shared a hug and Bieber giving Gomez a kiss on the head after singing his song to the Disney alumni.

There has been no official word on the reason why the two broke up after a highly publicized romantic relationship. Even during their individual promotional interviews, the two are in unison in saying only good things about each other. Bieber even gamely admitted that a couple of songs in his new album are inspired by Gomez, and he even added that he knows that he also played as an inspiration to the latter’s new release.

To solidify the rumors that the teen power couple are together again, reports are saying that the two allegedly requested to be seated side-by-side in the recently held American Music Awards where both of them performed their new hits. Gomez even attended an after party, which Bieber has organized. Although the two of them left separately, fans are still hoping that the two are already in a good place to be back together.