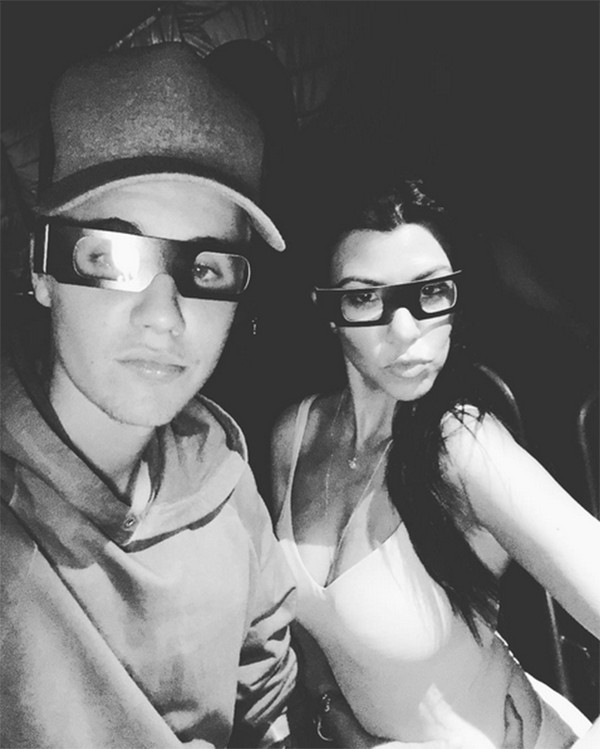 It is no secret that Justin Beiber has had a fair share of ladies in his life. The Canadian pop superstar is adored worldwide by a legion of female fans of all ages. Furthermore, he also has a string of rumored hook ups with other famous celebrities like Miranda Kerr (which led him in a tussle with Kerr’s ex-husband, Orlando Bloom), Barbara Palvin, and Adriana Lima. There is also his never dying relationship with ex-girlfriend, Selena Gomez. Now, Justin allegedly goes up a notch with Kourtney Kardashian.

The eldest of the famed Kardashian-Jenner clan is already a mother of three adorable kids with former partner, Scott Disick, but the 36-year-old is still attractive, enough to interest 21-year-old Justin.

A source of website Hollywood Life exclusively confirmed the relationship between the two saying, “Justin has a real genuine interest in Kourtney. She’s seasoned and mature and her energy compliments Justin’s. Not to mention, he loves older women. He loves how most of them are dominant and know exactly what they want. Kourt doesn’t play childish games like women his age, and he loves that. His respect level for Kourt is through the roof because of it.”

On the other hand, it may seem to be a very farfetched rumor especially that Kourtney just broke up with his partner of 10 years, Disick, because of his struggle to control himself when it comes to partying and girls. Delving deeper into it, although Justin advertises himself as a changed man, he somehow echoes those characteristics that Disick had, and it is quite unbelievable that Kourtney is willing to risk it again with someone similar with Scott.

Meanwhile, another source of the publication reveals that Kourtney’s sister, Kim, is very unhappy of the purported relationship. Kanye West’s wife says that with dating Justin, it looks like Kourtney has just gotten herself a fourth child given their age difference and difference in lifestyle.