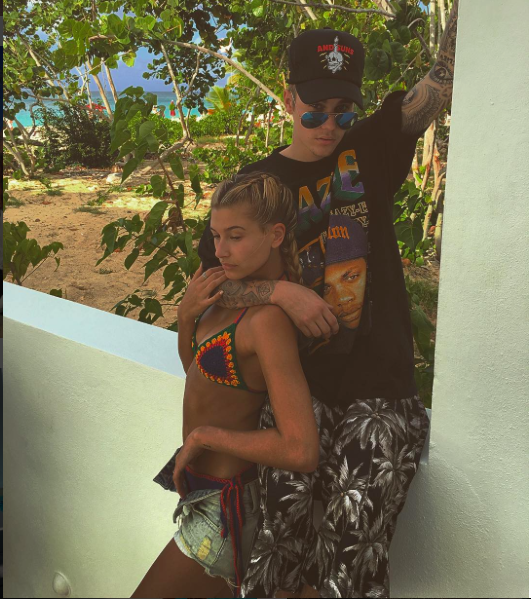 Love seems to be in the air during the turn of the year as more celebrities have spent the holidays with their rumoured new beaus, among them are pop star Justin Bieber and model Hailey Baldwin.

Although they have been longtime friends, the two are currently assumed to be dating as they took it to their respective Instagram accounts to share pictures of themselves and even with Bieber’s family members during the Christmas season while they were in Anguilla and St. Barts.

What may have confirmed the speculation of the fans is the “Sorry” singer’s post showing him and Baldwin locked in a passionate kiss. Adding to the mystery is the lack of a caption to describe whether it was simply a New Year’s kiss or if there is something more between them.

He even shared an image depicting him and Baldwin having matching hairstyles. The caption stated, “Hailey made me get corn rows like an absolute douche bag, these will be off tomorrow trust me Danny.”

According to E! News, even though the pair looks like they are very much in a relationship, they do not have a label yet. Still, the connection has always been there.

An unnamed source also revealed to the news outlet, “Hailey and Justin have a very tight relationship. They both are very close with each other’s families and care very deeply about each other. Hailey’s family has been there and supported Justin through his transition so Justin has a strong respect for them.”

The report added that their public display of affection comes as a no surprise for their common friends. “He loves Hailey as a friend and considers her one of his best friends. They both also have a strong attraction towards each other and this trip they have been having fun with their families, but also had some alone time. Hailey and Justin like to party and let loose and this romantic connection has always been there,” the source further explained.

Bieber and Baldwin have yet to release official comments on the matter.