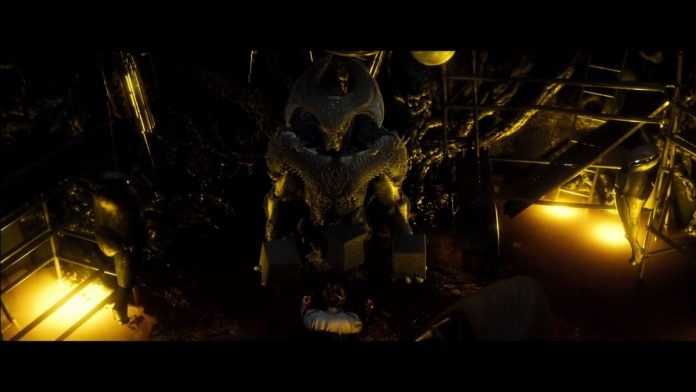 For months now, fans have known that the primary antagonist for “Justice League” is going to be Steppenwolf, one of the New Gods and a member of Darkseid’s Elite in the DC comic books. But who’s going to be playing the villain in the film? Well, it looks like the studio has finally found the man for the job.

According to The Wrap, “Game of Thrones” star Ciarn Hinds will portray the Apokoliptian general in “Justice League.” As expected, he filmed the role through motion capture, similar to what actor Josh Brolin is doing with Thanos in “Avengers: Infinity War.” Steppenwolf actually appeared in a “Batman v Superman: Dawn of Justice” deleted scene, but sources told The Wrap that his appearance will be upgraded for “Justice League.”

As seen in the clip, Steppenwolf is seen holding three mother boxes while speaking with Lex Luthor (Jesse Eisenberg). However, communication was cut off when the SWAT team arrived. The Wrap said the villain is going after the devices in “Justice League.”

Back in June, Mashable managed to speak with the people behind the film and they found out that the plot would revolve around the three mother boxes.

“These motherboxes are best used when they work in threes. And back before there was a history … mankind, the Atlanteans before they were under water the Amazonians and, actually, the old gods, teamed together and decided that based on an event that happened these motherboxes were going to be placed in the care of, as I say, the Amazonians, mankind and the Atlanteans. So that allows us to get into some of those environments,” producer Charles Roven stated.