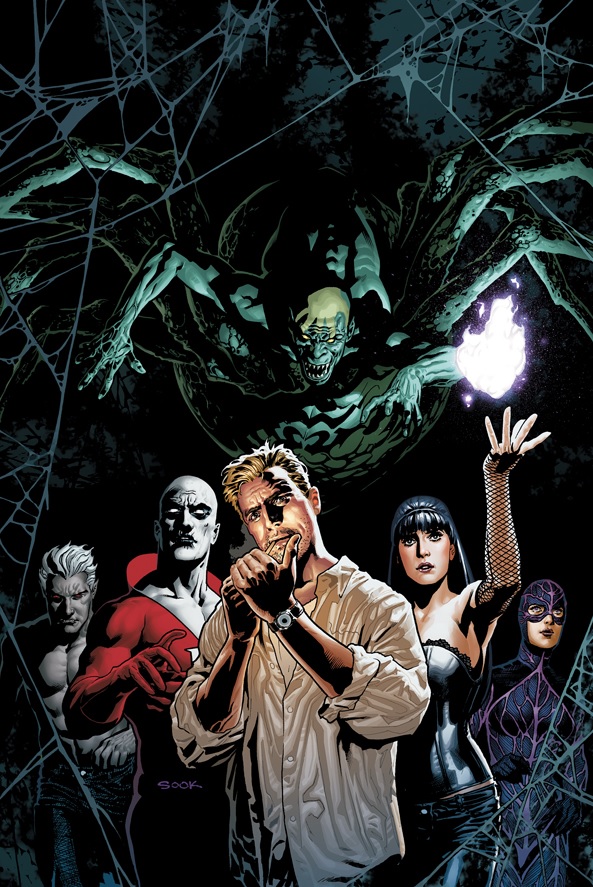 It looks like DC Comics fans who are more supernaturally inclined will have something new to look forward to. Some less prominent characters in the company’s roster will be brought to life in its next animated film project.

The new characters are members of the Justice League Dark superhero team, which has been revealed to be center of the next film project for the DC Universe Animated Original Movies line of film adaptations according to Comic Book.

The news comes from a listing on the British Board of Film Classification’s website for the upcoming animated film “Batman: The Killing Joke.” The listing for the film, an adaptation of Alan Moore’s universally acclaimed graphic novel of the same name, features a sneak peek at “Justice League Dark” in its Additional Materials section.

Though there are no formal announcements from either DC Comics or Warner Bros. Entertainment as of yet, the listing strongly suggests that “Justice League Dark” will be the next project in the companies’ animated film lineup and that there might be a short animated snippet of the movie included in “Batman: The Killing Joke,” if not a behind the scenes sample of its development.

One of the lesser known properties of DC Comics, “Justice League Dark” refers to both the team and the series which brought its members together. The storyline launched as part of DC Comics’ “New 52” line of publications in 2011 and, as the title implies, focused on the “darker” aspects of the DC Comics Universe. “Dark” refers to elements that are commonly associated with such a theme, like magic and the supernatural belonging to the dark fantasy genre, as well as the more metaphorically dark themes in plot elements.

The better known members of the group are John Constantine, Madame Xanadu, Swamp Thing, Zatanna, Deadman, Shade and the Changing Man. As for who might lend their voices to the characters, the other characters have been voiced by a number of different actors except for team leader Constantine who has appeared more prominently in live action media.

When it comes to the character, some people might first recall the 2005 “Constantine” film starring Keanu Reeves. More recently, Matt Ryan starred as the character in NBC’s short-lived 2014 series of the same name before making a guest appearance in a crossover episode during season 4 of The CW’s “Arrow.” Many fans have since equated the character to Ryan and there is a possibility that DC might cast him again for the film. Ryan already has experience considering his voiceover work includes the main character of Ubisoft’s universally acclaimed 2013 game “Assassin’s Creed IV: Black Flag.”

At any rate, fans can expect to find out more about the “Justice League Dark” film when the sneak peek releases with “Batman: The Killing Joke” on July 23.

'Once Upon a Time' season 6 premiere spoilers: show brings back...