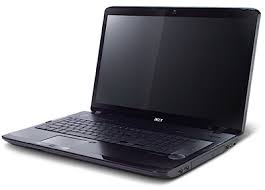 A Gmail plug-in called “Just Not Sorry” highlights phrases such as “sorry,” “I think,” “I’m no expert,” and qualifying words like “actually” whenever a person types those words in their email.

The premise for the free app comes from women using qualifying language at work to soften their demands and become more likeable.

According to Reuters, Tami Reiss, CEO and creator of Cyrus Innovation, was inspired by a video of comedian Amy Schumer spoofing a panel of successful women endlessly using apologetic phrases. Cyrus Innovation is a software development consulting firm which specializes in companies and technology firms led by women.

Reiss had been in many business meetings in which female entrepreneurs undermined their own pitches. She said, “When someone uses one of these qualifiers, it minimizes others confidence in their ideas.”

According to Reiss, she sought to “…create an environment that supports positive change…. “

Feminist writer Jessica Valenti, in a Dec. 20 tweet, responded to the app by saying, “Where’s the app that stops people from judging the way women speak?”

“Just Not Sorry” can be used through Gmail on a Google Chrome Web browser. As of Jan. 13, it already has almost 28,000 users. While it has, for a time, received five-and-a-half stars out of six stars from reviewers at the Google Chrome app store, some of the users on the reviews section complained that it doesn’t have enough words in its lexicon. One user said that the warnings in the email were sent along with the message. Another user was frustrated that it could only be used through Google mail and not other “email websites.”