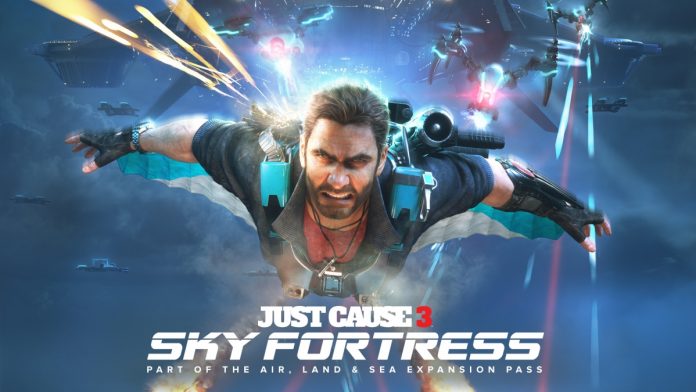 Square Enix and Avalanche Studios have revealed the release date and details of “Sky Fortress,” the expansion pack for “Just Cause 3,” along with some patch fixes in the game’s performance.

“Sky Fortress” puts the main character Rico against an army of robot drones. Players can equip the character with a new wing suit that makes him look like he is turning into a jet fighter. The wing suit comes with a jet engine and has machine guns and rockets in its arsenal.

This addition will make fans revisit the game and try to adapt the new wingsuit. This will also change how players approach the game since it is an open world sandbox with endless possibilities and various ways to achieve an objective.

According to a blog post, the expansion pack will add “an additional 3-4 hours of gameplay.”

Meanwhile, the patch will fix the following issues:

In related news, Square Enix has just posted a tweet promoting a Steam Sale in line with publisher weekend wherein their games are on sale up to 85 percent off. Those who love the “Final Fantasy” series or the “Hitman” series will surely not want to miss this opportunity to get their games cheap. The event takes place from March 3 to 7.