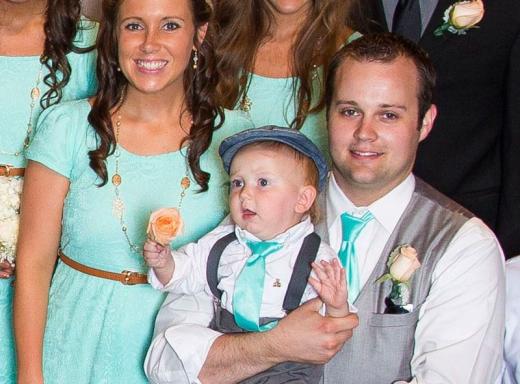 At the moment, Josh is reportedly staying in a faith-based rehabilitation center in order to help him overcome his alleged pornography addiction.

On the other hand, Anna is reportedly trying to keep everything together as she, along with their four children, goes back and forth from her parents’ house in Florida and the Duggars’ estate in Arkansas. There were earlier reports that Anna is contemplating divorcing Josh, as the infidelity has made her feel “disgusting,” said a report in Life & Style.

A source told the online publication, “Anna is a loving woman and a devout Christian, but given what Josh has done, no one would be surprised if she decided she never wanted to see him again.”

However, Duggar patriarch Jim Bob is said to have been intervening by purchasing a 3,800 square-foot mansion that is less than a 10-minute walk from the Duggar estate. InTouch Weekly claims that Jim Bob is offering Anna the $345,000 home that comes with four bedrooms and three bathrooms, provided that she stays with Josh.

However, the other Duggar siblings are also reportedly interested in the new mansion.

According to Inquisitr, the family’s patriarchal views may not allow Anna to move in to the house until her husband comes back from rehabilitation. Josh will still be at the treatment center for four months.

'Heroes Reborn' season 2 news: no renewal plans for the show,...

'Switched at Birth' season 5 spoilers, rumors: Daphne and Mingo get...