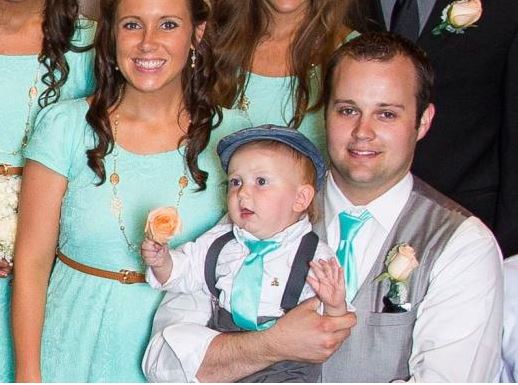 It has been a happy weekend for the Duggar family as Jinger Duggar wed her fianc, Jeremy Vuolo, in a ceremony attended by 1,000 guests. Even Jinger’s brother, Josh Duggar, was there for the couple’s happy day, as the embattled reality star was seen with family members at the Saturday nuptials.

It appears that Josh is starting to come out of hiding as in addition to his appearance at the wedding, the father-of-four also made a rare public appearance with his wife, Anna, along with her sister, Priscilla, and her husband, David Waller.

It appears that they were on a double date as Waller took to his Instagram account to post a photo of the group during the outing, and it was captioned, “Thank you, Josh & Anna, for a wonderful weekend together topped off with a fun #doubledate this evening! You’ll are doing great! #sistertime #familytime.”

Waller’s followers had mixed reactions to the post, with some declaring their support for the family, while others pointed out Josh’s scandals and how Anna was a victim of her upbringing and her husband’s actions.

“Poor, poor pitiful girl,” one Instagram user wrote. “No education, not able to stand on her own two feet. Brainwashed her entire life.”

Through all the criticisms and divorce rumors, it appears that Anna has chosen to stand by Josh. Last week, an In Touch Weekly report (via Hollywoodlife) claimed that the mother-of-four was considering a divorce.

A source said that Anna “will see a lawyer in the next few weeks to have divorce papers drawn up so she can rid herself of Josh.” It was also said that Anna was convinced by her friends that the Duggars are using her improve the public’s perception of Josh.

However, Gossip Cop debunked the rumors, pointing out that the publication has a track record of inconsistency. It was also said that while Josh and Anna likely had a rough patch in their marriage, the two remain united.