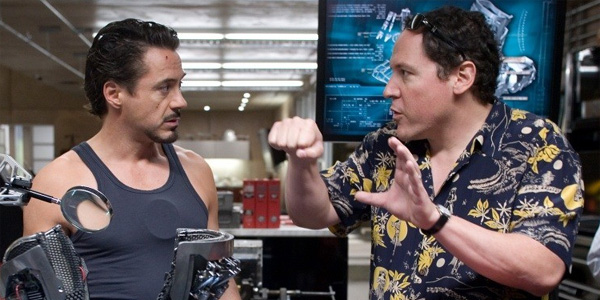 Since Jon Favreau made his much-awaited comeback to Marvel Studios, fans of the Marvel Cinematic Universe (MCU) have become more restless on the notion that a fourth “Iron Man” movie may already be on its way. Unfortunately, the filmmaker is biding his time to get back in the fold starting with an executive producer post for the upcoming “Avengers: Infinity Wars” as he admits to having some doubts on how he will now fit in the ever-expanding franchise.

“I just think how I fit in now might be different. It’s 10 years later, and now I’m more of an elder statesman,” Favreau told IGN late last month while promoting his newest flick, “The Jungle Book.” “Now that the universe has gotten so big over there, I don’t know that I understand how it all fits together anymore. I was there in the early days when the universe was very small. Now the universe is very big there and they seem to have it well in hand.”

Despite this, the 49-year-old is not closing his door in terms of helming another production. In fact, he so far as goes into revealing that there have been talks, albeit not official, on how he can get his hands back on future Marvel projects.

“I wouldn’t be surprised if something pops up soon, but there’s no one property that we’re identifying that I’d want to helm up and shoulder,” he continued.

As much Robert Downey Jr’s impressive portrayal of Tony Stark in 2008’s “Iron Man” that kicked off the now $10 billion worth property and Kevin Feige’s impressive vision for the interwoven stories, Favreau has arguably been the person who pushed everything into fruition. The New York native producer was the one who relentlessly campaigned RDJ’s casting and translated Feige’s long term ideas into the big screen via laying the foundation that MCU is now standing on. Given this, it would be such a nostalgic moment to re-team the three in what could be the perfect swan song to RDJ’s amazing run as the gold and red suit wearing superhero.

By putting him on familiar grounds, it can also perfectly address Favreau’s hesitation in terms of fully diving into the chaos . Notwithstanding him eventually passing the directorial baton to Shane Black in “Iron Man 3,” he never really severed ties with the franchise given that he also plays Stark’s trustee security officer Happy Hogan on screen.

As of now, nothing is yet confirmed in terms of an “Iron Man 4,” except that geeks are desperate for another Tony Stark solo adventure. However, comparing the situation a few months back to where Marvel is at now, there is definitely some developments which inch fans nearer to the anticipated flick. From RDJ revealing that he feels like he “could do one more” and “Captain America: Civil War” planting seeds of story arcs for a standalone film to Favreau coming back into the mix, it seems like the only thing that Marvel is left to do is to put the pieces together in order to move the project forward.