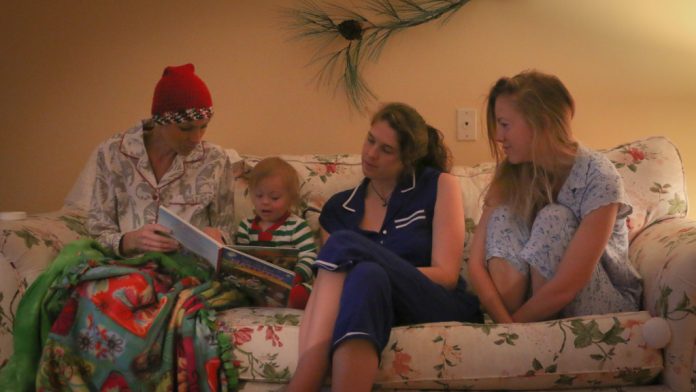 Country star Joey Feek has been battling terminal cervical cancer and was left inconsolable after her bestfriend Julie Zamboldi packed her things after her visit last weekend.

Joey’s husband Rory shared on his blog, “Julie has been here for a week and was supposed to leave this evening and fly back home to Oregon where she and her husband Joe live. But this morning as I sat beside my wife, and Julie started packing her things… Joey’s tears began to fall.”

He said, “She was inconsolable.”

When Rory comforted his wife and asked her why, Joey’s “lips quivered, and she tried to catch her breath, the tears streamed her cheeks and Joey said, ‘I don’t think I will ever see her again…'”

Joey and Julie became close friends around eight years ago at the first Bib & Buckle Festival, an outdoor concert that brings together fans in the residence of the Feeks. Eventually, the couple found out that Julie lost a couple of her best girlfriends to cancer and their music became part of her healing, Rory continued on his blog.

After which, Julie has been a big part of the Feeks. When Joey initially found out about her stage IV cancer in 2014 and started with chemotherapy sessions, Julie shaved her head as well. When Joey’s cancer returned in October last year and spread to her colon, Julie has traveled several times from Oregon to Washington to support and stand beside Joey.

Rory described how helpful Julie was to the family, as she helped in the house chores such as cleaning, cooking, and changing diapers with Joey’s sister, Jody. “… not waiting for someone we love to die. But helping the woman we all love to live,” described Rory in the same blog.

Meanwhile, Rory also revealed that after “serious talks with Jesus,” Joey had accepted that her fight is almost over and that “if He is ready to take her, she is ready to come home,” noted Daily Mail.

Fans of Rory’s blog post also poured their support for the family with their prayers and wishes of miracles.