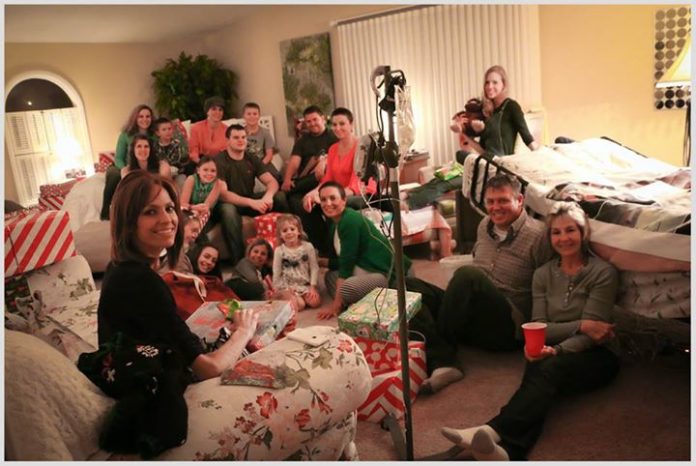 Despite the challenges being faced by the Feek family, country singer Rory Feek shared that they still had an “incredible” holiday weekend together.

In his blog titled “This Life I Live,” which the singer maintains to document their family’s journey in fighting his wife Joey’s cancer, Rory likened his family’s Christmas to the Gruffalo, a made up creature from a children’s book that was borne from the imagination of a mouse which actually comes true in the end.

“The best part of the book is that in the end, the very thing that he imagined in his head, turns out to be real. And the mouse found a way to be brave through something that should have been very scary. That’s a little like our holidays here [this] year,” Rory wrote.

Last month, the couple announced that Joey, who suffers from stage IV cervical cancer, will be entering hospice care to spend her final days in peace after chemotherapy sessions proved ineffective.

The Feek family, which includes Joey and Rory’s daughter Indiana and Rory’s stepdaughters Heidi and Hopie, celebrated the holiday together along with other members of their family, reported US Weekly.

In his post, he said that before they celebrated Christmas, they became like the mouse in the story who believed that his dreams would become real. They created their own Gruffalo.

“Ours was the belief that it was going to be a wonderful, magical Christmas. We didn’t really believe it down deep inside we knew we knew better but still we told ourselves and each other that it was going to be great. And we trudged on through the deep dark wood. And when we got to the other side, it turned out that our Gruffalo was real too. Christmas had come and Joey was not only here with us, but she was doing well and we all had an amazing day together,” he said.

The country star also posted a photo of their entire family celebrating Christmas together on the couple’s Facebook page.