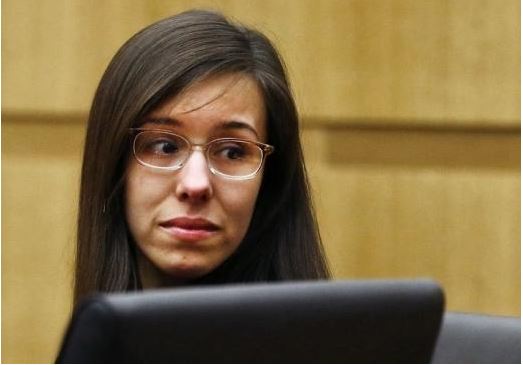 Jodi Arias is serving a life sentence without parole for the 2008 murder of her boyfriend, Travis Alexander. However, the lifelong prison sentence appears to be not the last of Arias’ problems, as a new report claims that the former waitress is about to undergo a behavioral review.

According to Radar Online, Arias was found guilty of a disciplinary violation on Feb. 9 after she called a guard a disrespectful name. Arias lost the ability to have contact visits for 180 days, and the term expires next week.

A spokesperson from the Arizona Department of Corrections told Radar that the convicted killer’s behavior will be reviewed after the end of the 180-day period.

“A determination will be made upon the review,” said the spokesperson. The spokesperson added that Arias’ violation review is “the same process for all inmates at her custody level.”

Arias has been in the Perryville prison in Arizona since May 2015. She started her sentence in the complex’s maximum security Lumley unit, but there is a possibility that she will be moved to a medium security level unit.

“She is very glad to be out of the 4-pack she was in #progress,” the tweet read. The account, which is said to be run by a friend of the 36-year-old, regularly posts updates about the convicted murderer, which ranges from the books she is currently reading to the TV shows that she is watching in prison.

Earlier this year, an inmate who claims to share a vent with Arias claimed in a four-page letter that since the name-calling incident, Arias’ cell is being frequently searched by guard dogs for a cell phone and that the frequent shakedowns in prison was a result of Arias’ infraction. However, a rep for Perryville prison told Radar that cell searches “are common practice for any inmate in any prison.”