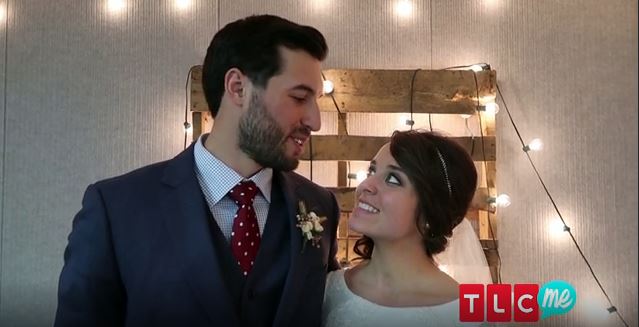 Another Duggar girl has tied the knot with the love of her life. Over the weekend, “Jill and Jessa: Counting On” star Jinger Duggar married her soccer player fianc, Jeremy Vuolo, in a romantic ceremony witnessed by nearly 1,000 guests.

According to People, the couple was wed on Saturday, Nov. 5, at a ceremony officiated by Jeremy’s father, Chuck, at the Cathedral of the Ozarks at John Brown University in Siloam Springs, Arkansas. Jinger’s older sister, Jessa, served as maid of honor, while Jeremy’s brother, Charles, was the best man.

In pictures published by the media outlet, the 22-year-old is wearing a lace-sleeved white gown and her hair is styled in curls and swept off her face. She is holding a bouquet of white roses, accented with red and purple flowers. Meanwhile, the 28-year-old groom wore a blue pinstripe suit, a blue and white checked shirt, and a red tie for the happy occasion.

In photos posted by the Daily Mail, several members of the Duggar family can be seen outside the church, including embattled reality star Josh. One photo also shows Jinger’s sister, Jill, carrying the bride’s train as they head out of the church.

In an interview with People, the couple said that one of the most touching parts of the wedding was having Jeremy’s father be able to officiate their special day. They also revealed that they will be heading to Australia for their honeymoon.

“We plan to get away for a couple of days alone together and then will be leaving the country for an amazing trip to New Zealand and Australia,” said the two.

Jeremy proposed to Jinger back in July, just one month after they announced that they were officially in a courting relationship. The couple’s nuptials will be featured in an episode of “Jill and Jessa: Counting On” which will air on Tuesday, Nov. 15, at 8 p.m. ET on TLC.

Half Life 3 release date: Valve hasn't commented on rumors there...