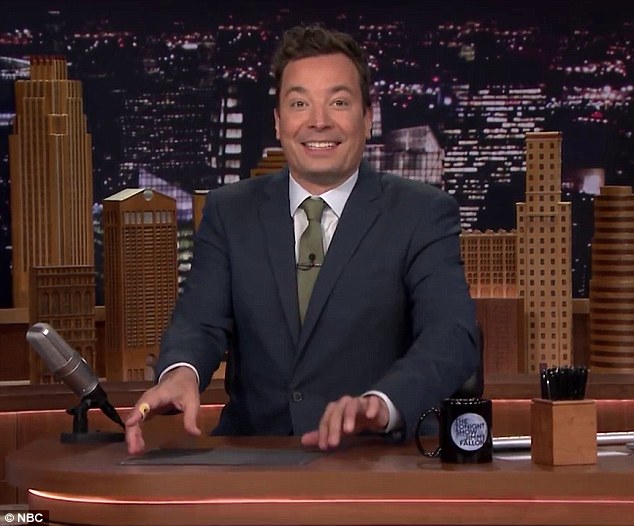 Talk show host Jimmy Fallon is set to have a ride in his name at the Universal Studios Florida, the comedian himself revealed during his show Tuesday night.

“It’s scary, it’s fun, it’s exciting,” Fallon started. “Do you know the ‘Harry Potter’ rides? It’s like that, except instead of Harry Potter, it’s me. Instead of Hogwarts, it’s New York City.”

The comedian was extremely excited as he elaborated on the project, saying, “But it’s insane, the technology is 3D, it’s like moving things, it might even be 4D  does that count as a dimension, the other little things they have in there?  I think legally we have to say it’s 3D.”

Universal Studios has also released a statement confirming the news and further explained through their company blog the reason why they chose Fallon to be the inspiration for their newest attraction.

“Our team found inspiration in the outrageous celebrity races that have become one of the most popular segments of Jimmy’s ‘Tonight Show,'” Jason Surrel, creative director for Universal Care, wrote.

He recalled the first time he was advised of the project, saying he was both equally surprised and delighted at the same time.

According to Daily Mail the “Race Through New York Starring Jimmy Fallon” ride will have simulators that will lead riders to the famous Studio 6B where episodes of “The Tonight Show” are being taped. The challenge is given by Fallon and includes fans racing from the studio and then all throughout the streets of New York City.

Fallon, who recently has been in an accident while being honored Harvard’s Elmer Awards for Excellence in Humor, has a lot of things going on for him. Being a new dad, taking over the fabled desk on the “The Tonight Show,” and doing comfortably well on top of the ratings, this newest project is sure to boost his popularity.

The “Race Through New York Starring Jimmy Fallon” ride is set to open to the public at the Universal Orlando Resort in 2017 and will replace “Twister … Ride It Out” which will be shutting down on Nov. 2 after almost 20 years.

'Criminal Minds' season 11 news: Aubrey Plaza talks about how she...