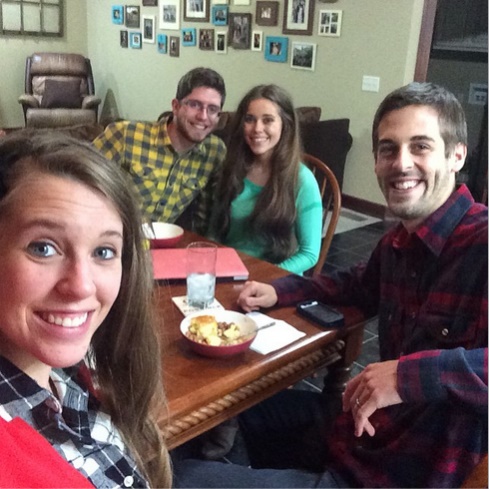 Jill and Derick Dillard are in Central America.

After much secrecy about where the young couple would be spending their latest mission, they have finally updated the world on where they are spreading their ministry.

“We are so excited to announce that we have safely arrived on the mission field and we can now tell you that we are in Central America! Israel seems to be adjusting to the new climate, culture, food (via mom’s milk), and language faster than Jill and I are,” Derick wrote on their official blog.

He shared that the locals are quite smitten with their son Israel and that the youngster is enjoying all the attention as he adjusts to the new environment.

Dillard also shared how touched they are at the response of  people in welcoming God in their loves.

“It is encouraging to already see some of the ways God is changing the hearts of the people here. Just 7 days ago, I had the joy of witnessing one elderly woman give lordship of her life to Christ. This transpired just one day after her Christian son was restored to fellowship in his local church. We were at the man’s house ministering to him with encouragement from God’s Word when the opportunity was presented to share the hope of the Gospel with his mother,” he shared.

In related news, TLC has finally announced the cancellation of 19 Kids and Counting, their long running reality show featuring the Duggar brood after it was revealed that eldest son Josh figured in several incidents of sexual molestation when he was a teenager. After quitting his job at the Family Research Council, Josh recently moved back to Arkansas with his family. He recently tweeted that he and his wife Anna welcomed their fourth child Meredith Grace to the world.