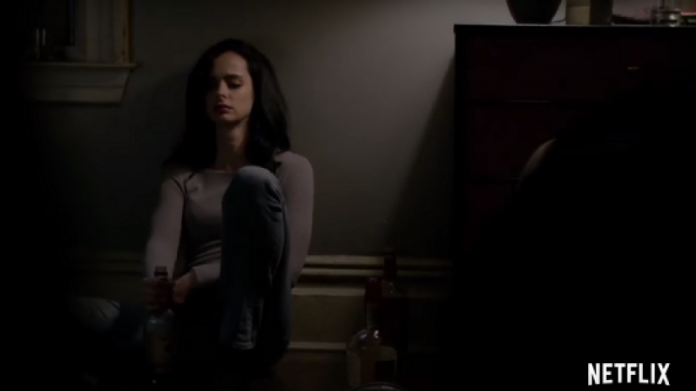 David Tennant’s Kilgrave may have finally paid for his misdeeds against Jessica (Krysten Ritter), but do not expect the Marvel TV heroine to turn into a happy-go-lucky lady. In fact, creator Melissa Rosenberg says that even with Ritter’s character coming to terms with her abuser, no significant changes should be expected from her.

Recently sitting down with Esquire, the 54-year-old screenwriter shed light on where “Jessica Jones” is headed for its second season.

“I learned from working on ‘Dexter’ that you can advance the character, but you never want to cure the character. With Dexter, the moment he felt guilt or accepted that he was ‘bad,’ the show’s over. He’s no longer a sociopath,” she explained, referring to Showtime’s show, “Dexter,” which centered on a hero by day and serial killer by night.

“The equivalent for us would be if Jessica somehow recovered from the damage that had been done to her. People don’t just heal, you don’t go through that just to say, ‘Oh, he got arrested, he’s in jail, I’m OK now.’ That trauma is a huge part of who she is now,” the showrunner added.

But while the storied Jessica is far from letting go of her hang-ups, it does not necessarily mean that she cannot lead a different life compared to when Kilgrave was still haunting her. The show epitomizes the story of female prowess and the ability to survive, and that is basically what future seasons will be mostly capitalizing on. However, the damaged heroine may have to take on a bigger world given that it is unclear whether the second season of the show will air first before the debut of Marvel’s “The Defenders” next year or after.

There have been reports that filming for both shows could overlap which may mean that among all the other assembled TV superheroes included in the pack, it will be Jessica’s story that will have a close tie-in to the miniseries. This is despite the fact that it will be “Daredevil’s” showrunners, Douglas Petrie and Marco Ramirez, who will be helming the new project.

“[I’m] only as involved as they need me to be… I need to know what they’re doing in order to plan for Season Two of ‘Jessica,’ and they need to know what we’re planning on in turn. Marvel is very smart and they enjoy collaboration, so there’s never one maniac trying to take ownership,” Rosenberg detailed.

“The Defenders” will see Jessica teaming up with Charlie Cox’s Daredevil, Danny Rand’s Iron Fist and even her former lover, Mike Colter’s Luke Cage. “Luke Cage” will be the next superhero series that will be out of the pipeline for Marvel and Netflix’s collaboration as its premiere is expected by the end of the month.