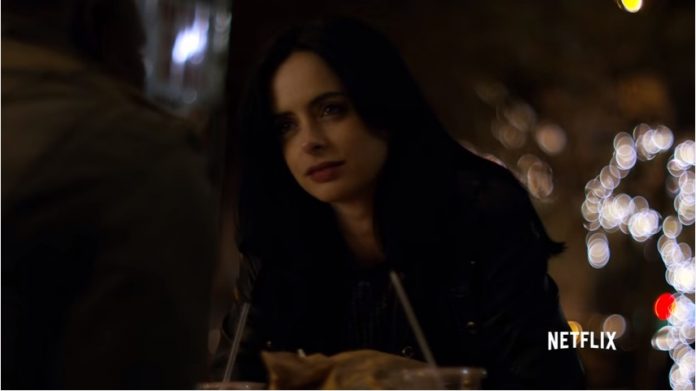 Another Marvel web series and a soon to be member of Netflix’s upcoming superhero team-up “The Defenders” is heading towards its second season that is “Jessica Jones.” Reports suggest that an old flame might return in the next installment that would aid the titular character (Krysten Ritter) in battling a new threat.

Fans of the superheroine from both comics and the web series are well oriented to the fact that she had a rather intimate relationship with fellow superhuman Luke Cage (Mike Colter), whose own web series just came out recently on Netflix. This speculation is likely to happen since it was aforementioned that these two, together with Daredevil (Charlie Cox) and Iron Fist (Finn Jones) will be teaming up to fight a powerful ninja clan in the upcoming “The Defenders” series.

That being said, there’s also a high probability that Matt Murdock might also make an appearance in the upcoming season of “Jessica Jones” since it can be recalled that the camera-donning hero also made an appearance on the Hornhead’s own series.

Moreover, showrunner Melissa Rosenberg stated that the lady protagonist will be facing more than one opponent next season which could be the reason why Luke Cage’s return to the show and Matt Murdock’s guesting stint has been rumored.

Meanwhile, the rumor mill is also spinning regarding Iron Fist making an appearance since Jessica and Danny Rand (Jones) barely know each other. Hence, the second season of the show will definitely give both heroes a chance to catch up provided that latter is indeed to appear next season.

There’s no definite date yet as to when season 2 for “Jessica Jones” will air. However, it is most likely to premiere in 2018 alongside “The Defenders,” though there are some reports that contradict the aforementioned release window and suggest that it could come out early next year.