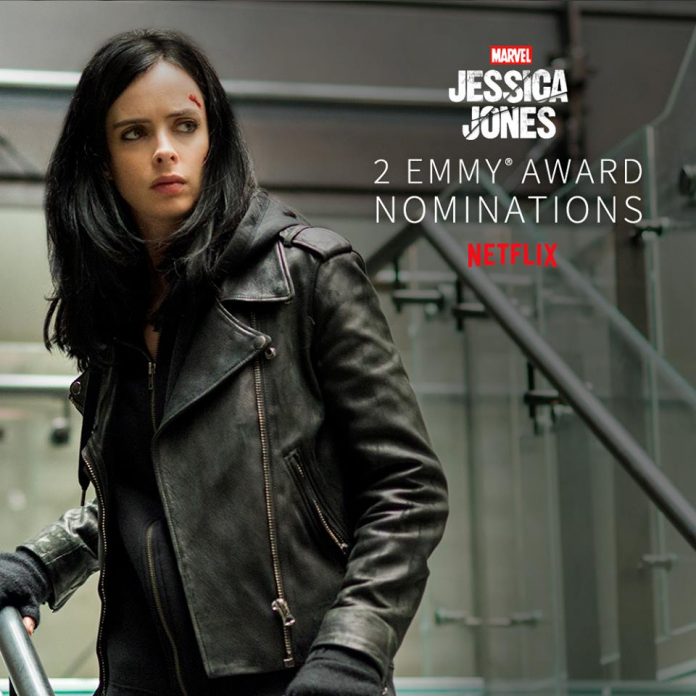 Fans hoping for “Jessica Jones” to return next year might have to temper their expectations a bit. Netflix’s chief content officer Ted Sarandos already told the press earlier this year that the studio would only release two Marvel series per year. “Iron Fist” and “The Defenders” have already been scheduled to premiere in 2017 so that means fans would have to wait until 2018 to get another dose of “Jessica Jones.”

Meanwhile, sources say Frank Castle aka The Punisher (Jon Bernthal) may appear in the upcoming season before he goes on to headline his own show. Will Jessica Jones (Krysten Ritter) butt heads with The Punisher if they do meet?

As previously reported, there won’t be a shortage of villains despite Zebediah Kilgrave’s (David Tennant) exit from the series. In the upcoming season, there will be a new set of villains troubling Jessica, and she will also go up against Will “Nuke” Simpson (Will Traval) and the IGH organization that gave Simpson his powers.

It is rumored that the IGH may be responsible for giving Luke Cage (Mike Colter) his powers as well. Furthermore, the organization will allegedly appear in “The Defenders.” This makes sense since “Jessica Jones” executive producer Melissa Rosenberg is working closely with “The Defenders” showrunners Marco Ramirez and Doug Petrie so they can share ideas with each other.

What is the IGH up to? Maybe Trish Walker (Rachael Taylor) can expose the organization’s plans while she continues her investigation.

Fans who want to see more of Jessica won’t have to wait too long since the character will also appear in “The Defenders” next year along with Luke, Daredevil (Charlie Cox), and Iron Fist (Finn Jones).