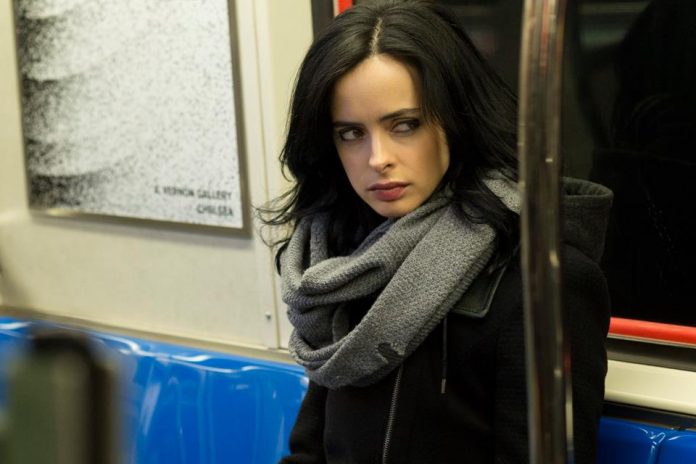 Touted to be the second of the four planned series to be picked up by giant streaming service Netflix from Marvel, Krystan Ritter portrays the titular lead character on what could be a darker installment compared to “Marvel’s Daredevil.”

As a private investigator trying to live a normal life away from her superhero abilities while dealing with the aftermath of post-traumatic stress disorder, Jessica can be heard in the sneak peek saying, “A big part of the job is looking for the worst of people. Turns out I excel at that.”

When viewers see her in the series, she has already experienced a tumultuous eight months in the hands of a villain named Zebediah Killgrave, better known as Purple Man. In the original source material, he has the power of producing pheromones and controlling the thoughts and actions of others through words. He is played by actor David Tennant.

The clip has him trying to locate Jessica again after she escapes his clutches. She says that he seems like he is always on her mind, whispering words to do his bidding.

“Killgrave leaves a broken trail of dead bodies around him … he’s back, he’s coming for me,” he seems to say.

While later, his voice ominously warns her, “Let’s start now. Jessica, I am the only one who matches you and we’re inevitable.”

The footage ends with Jessica stating, “The gods didn’t do this. The devil did and I’m gonna find him.”

According to Screen Rant, “Jessica Jones” has been under production since 2010 and is part of “Defenders” that will have the characters of Daredevil, Luke Cage and Iron Fist teaming up in a series down the pipeline.

The 13-episode freshman season is slated to be fully released on Netflix on Nov. 20 with the titles and synopsis of every part already revealed.

'How to Get Away with Murder' season 3 spoilers: Premiere to...