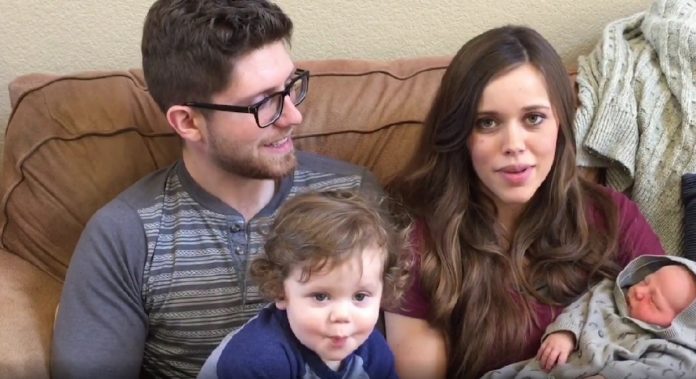 On Feb. 6, “Counting On” star Jessa Duggar and husband Ben Seewald welcomed their second child, and later on, the parents revealed their baby boy’s name. However, their first child seems to be not convinced that he’s a big brother now.

The Seewalds made a pre-Valentine’s Day announcement. They have finally decided on the name of their second son, and he will be known as Henry Wilberforce.

When asked where they got the name Wilberforce, the proud dad explained, on a TLC video, that it’s after William Wilberforce, an English politician and philanthropist known for being an advocate of abolishing the slave trade.

“He was very instrumental in abolishing the slave trade in the British Empire,” Mr. Seewald stated.

As for Henry, the new mother-of-two said that she really liked the name

“We just thought it was cute, but also there was another great man of God name Matthew Henry,” 21-year old Ben said and added that Matthew authored a number of commentary writings in the past.

Meanwhile, the young couple’s first son also has a unique name, Spurgeon Elliot. He was named after Charles Spurgeon, a British preacher, and Jim and Elisabeth Elliot, who are South American missionaries.

In a recent report from People, unlike his parents, one-year-old Spurgeon is still adjusting to having a little baby around in the house.

“We thought, ‘This is going to be so adorable,’ but he wasn’t really sure about it,” Jessa revealed. “He thought Henry was a toy, so he wanted to touch his eyes and put his finger in the baby’s mouth,” she continued.

According to Ben, Henry’s big brother “has no concept of being soft.”

Growing up from a family with 19 children, it’s inevitable that the reality star is still open for additional little ones in the future, and this can be done through adoption or fostering.

But before expanding their family, Jessa and Ben are planning to move to a much bigger house. The young mom stated that they’re currently checking the real estate market.