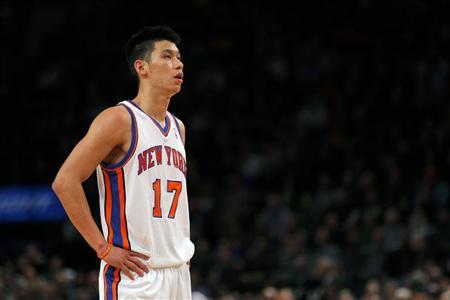 It has been a month since Brooklyn Nets’ point guard Jeremy Lin was brought out of the court. Last year, he suffered another hamstring injury during the team’s Dec. 12 game against the Houston Rockets. He might be out of the court, but he is not away from his NBA fans.

In mid-January, Lin visited New York NBA Store to join his fans in celebrating the Chinese New Year. Linsanity supporters waited hours to meet the basketball pro. The wait was all worth it when Lin arrived and mingled with them. He signed autographs and willingly posed for photo ops. A traditional Chinese Lion dance was performed to add the celebration.

“You guys are seriously the best!” the Harvard alum posted on his Twitter account after the successful event.

In his previous interview with Chinese cable station CCTV5 (translated and reported by Nets Daily), the six-foot-three-inch star has been recovering well from his injury.

“It’s OK. It’s progressing gradually. I think the recovery is faster than last time. It’s hard to judge. Hope to come back playing within one, a couple of weeks. But I’m not sure,” Lin told the network. It was noted that Lin had his first hamstring injury in November.

Recently, the NBA star reportedly re-aggravated his injury and won’t be joining the Brooklyn Nets’ future games in this season. The team’s general manager Sean Marks announced the news through Yahoo Sports.

“During the course of his rehab, Jeremy re-aggravated his strained left hamstring and will be out approximately three to five weeks as he continues to work towards a full recovery,” Marks explained. Although Lin really wanted to join his teammates, Marks indicated that they would need to make sure that he is at “his full strength once he returns.”

Following the announcement, the 28-year-old Lin shared his frustrations about the matter on Facebook.

“Some moments I want to yell at God in frustration. Why now?” Lin wrote. Reflecting from a little girl who suffered from cancer but remained faithful, Lin believed that he, too, would get through his ordeal.

'The 100' season 3 spoilers: Will Lexa be reincarnated?