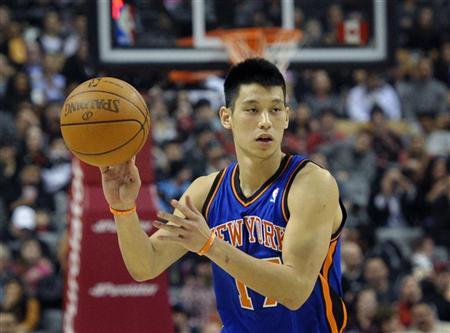 Jeremy Lin’s Christian faith is one clear testament that Christians are not immune to spiritual challenges. Earlier this month, the NBA cager admitted that he was unhappy with how his basketball career is faring, revealing how frustrated he was with his shooting form. However, Lin did not allow his frustration to control him as he asked for prayers that he’d be back on his feet again soon and regain his quality of play. In the meantime, Lin’s devotion to his Christian faith is not only demonstrated through his act of praying for personal benefits, as he prays for other things that can make the world a better place to live in.

“I know it will pay off in the long run but going through the adjustment process has been harder than I anticipated, so prayer for the right mindset, great muscle memory and a pure heart that shoots and plays solely for God’s approval would be greatly appreciated!” he said, according to Gospel Herald.

In addition to his prayer for the improvement of his game, Lin also sent emails requesting those who received them to join him in his quest to make the world a better and peaceful place to live in through prayers. Lin believes that the world is pretty much broken as manifested by natural disasters, random acts of terrorism, racial tensions, and other issues that make it fall short of becoming an ideal place to live in.

“Hopefully we can pray that even amidst our world’s brokenness, God’s name and glory will be revealed!” he professed.

Further proving the kind of Christian that he is, Lin also requested his fans to say a prayer for his fellow Hornets player, Michael Anthony Edward Kidd-Gilchrist, aka MKG, who had surgery for the injuries which took him out for the rest of the current NBA season. Apart from asking for prayers for his speedy recovery, Lin also encourages his fans to pray for MKG to embrace positivity despite the ordeal he goes through, hoping that it will bring him closer to God.

However, there is no denying that Lin’s most important prayer request manifests his desire of bringing people all over the world closer to God, especially those who haven’t heard of the free salvation stated in the Bible through Christ.

“Please pray for global Christian revival. Specific areas that I feel God has put on my heart are Asian-Americans in the U.S. who are lukewarm in their faith, the billions in China who don’t know Christ and Taiwan/Hong Kong,” Lin said.