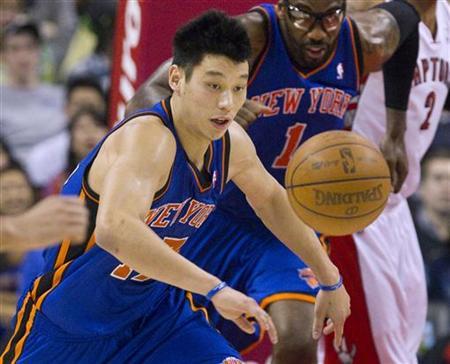 NBA star Jeremy Lin admits that he is having fun playing with his new team Charlotte Hornets.

According to Los Angeles Times, Lin has been a steady reserve in Hornets since he agreed and signed his two-year contract which amounts to $4.4 million. “I have a lot of people saying, ‘Man, you’re smiling a lot more on the court.’ I am having fun out here,” he said after their recent 108-98 victory against his former team Los Angeles Lakers at Time Warner Cable Arena.

During the game, he was able to contribute 13 points on 5-to-10 shooting and four assists in 34 minutes off the bench. Hornets coach Steve Clifford has also been noted praising Lin’s aggressiveness on both offense and defense.

When asked what he can say to NBA legend Kobe Bryant after the latter confirmed that it will be the last season in his career, “I told him during the game, ‘Man, I’m happy for you. I hope you’re at peace because you deserve what you’re getting,'” he shared.

The report added that the 27-year-old player has an important support role in the court and has been a significant part in the good 17-13 standing of Hornets. He averages 11.8 points on 42.8 percent shooting and 3.2 assists in 25.5 minutes per game.

Lin said that they are enjoying what the team has accomplished so far, “We’re in the playoff hunt. Obviously it’s good to be back on the winning side of things.”

“I want to keep growing as a player. I’ve learned a lot here already, just under [Clifford’s] system and his defense stuff. He’s really good,” he added.

Although he seems to be happier with the Hornets than the Lakers, Lin has reportedly been graceful not only to the players, coaches, and staff but also to the reporters who constantly covered their games before. He even handed out personalized “Thank You” cards to them before as a form of appreciation.

“I just have such a high affinity for that place. I love the city and a lot of my friends who aren’t in NorCal live in SoCal,” he stated.