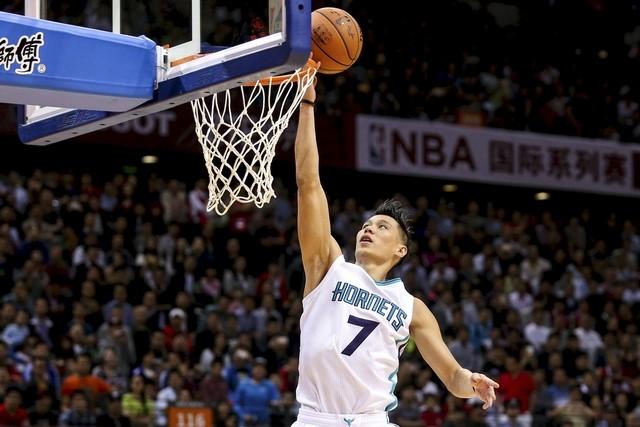 When six-year veteran point guard Jeremy Lin joined his fifth team in the National Basketball Association this offseason, there was a lot of excitement for him thinking that he’s finally getting the starting nod for a Brooklyn Nets team filled with players who are relatively unknown in the league. Even though the team went 23 in its first five games to start the new season, it was evident that something promising was happening to both Lin and the team. Unfortunately, the entire prospect of winning more games will have to wait once again after the Harvard alum strained his left hamstring in a game against the Detroit Pistons.

Per CBS Sports, Lin signed a three-year deal worth $36 million in the offseason to be Brooklyn’s starting point guard. In the five games he played so far, he managed averages of 5 points and 6.2 assists per game, although those numbers are expected to increase as the season progresses.

After failing to return to the game against Detroit on Nov. 2, which the Nets won, 109101, the team announced a day after that the 28-year-old will be sidelined for two weeks, after which he will be undergoing re-evaluation to learn more about the extent of the injury.

Lin’s absence in those two weeks will prove to be very crucial for a team that doesn’t have much to go on in terms of talent and experience in its lineup. Everyone knows center Brook Lopez is the focal point of the offense, but without its main facilitator, Lopez cannot be that effective either. Two other point guards in Greivis Vasquez and Randy Foye are both nursing injuries, although the latter is expected to start in place of Lin. If Foye doesn’t get the go signal, the only options are youngsters Sean Kilpatrick and Isaiah Whitehead, both of whom are more comfortable at the shooting guard position.