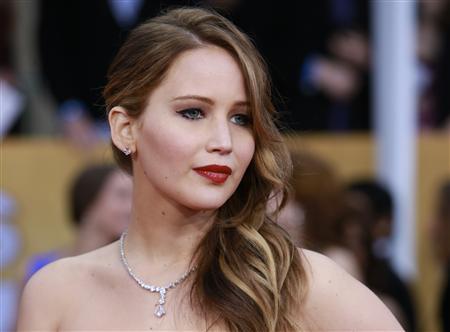 Jennifer Lawrence is known as Hollywood’s ultimate “real” girl. Amidst fancy dresses, multiple parties and preserved images, she is able to speak what is on her mind without sounding rude or obnoxious. From small starring roles to being a two-time Academy award winner and two very successful and lucrative movie franchises (“The Hunger Games” and “X-Men”) up her belt, this 25-year-old actress seems to have already accomplished so much.

But this year, Lawrence has started a new endeavor that she is very serious about. She has started speaking out about the huge pay gap between male and female actors in Hollywood. Not that she gets paid peanuts and not that she has bad blood with her male co-stars (it’s actually the contrary, see Bradley Cooper and Liam Hemsworth)  what the actress is stressing on is how unfair it is for actresses to get paid way less compared to what their male counterparts get, given that they have equal amounts of credits in movies or projects.

In a penned piece by the decorated actress for Lena Dunham’s newsletter Lenny, she wrote, “I got mad at myself. I failed as a negotiator because I gave up early. I didn’t want to keep fighting over millions of dollars that, frankly, due to two franchises, I don’t need.”

This is in reference to the 2014 Sony hacking scandal where it was revealed that she and co-star Amy Adams were paid much less in comparison to their male counterparts Bradley Cooper, Christian Bale and Jeremy Renner for their movie “American Hustle.” The actresses worked on a 7 percent movie profits deal each, while Cooper, Bale and Renner got 9 percent apiece.

Recently, a couple of her male co-stars expressed their support for her views about this pressing matter, such as “Hunger Games” co-star Josh Hutcherson.

“For Jen to use her platform to speak about it in her classic Jen way, just blunt, saying what she thinks, I think it’s great,” the actor told MTV.

Known for her candidness and frankness, Lawrence openly admitted that she is done being adorable with regard to negotiating her paycheck and that she will take a firmer stand in this matter in the future.

This issue of gender pay gap has been making rounds not only in Hollywood but also in other parts of Europe, having various media outlets and groups campaigning for equal pay.

Deborra-Lee Furness on Hugh Jackman: 'Not Allowed to Work with Angelina...

True Detective Season 2: Lera Lynn a key character in the...