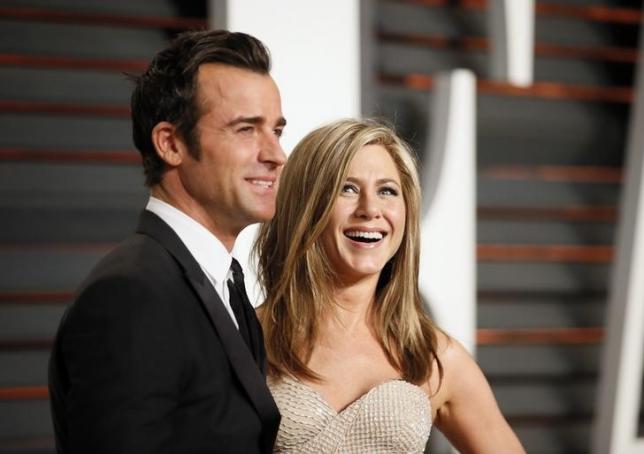 Jennifer Aniston tuned 47 on Feb. 11, and she went on a date with husband Justin Theroux on Wednesday.

A bunch of surprises waited for the Emmy winner as she celebrated her birthday as well as her first Valentine’s Day with the “Zoolander 2” writer as a married couple.

“We’re going to probably have a romantic date night,” the actor and screenwriter told ET. “I’m just wearing out my credit card on her birthday and then that.”

Theroux revealed how he has been spoiling the “Cake” actress with lavish presents since the holidays.

“It comes fast and furious, we have Christmas then New Year’s, then we have her birthday and then Valentine’s day,” he told Extra last weekend. “So she gets a solid of two months of just being lavished with some good stuff.”

“I’m thinking of moving my birthday to January to break it up,” he joked.

“Zoolander 2,” which stars director Ben Stiller, Owen Wilson, Will Ferrell, Penelope Cruz and Kristine Wiig hit the theatres on Feb. 12. Unfortunately, Aniston wasn’t able to do a cameo in the comedy movie.

“We couldn’t afford it… then I finally just gave it to her (the script) at breakfast one day, and she was like, ‘Are you kidding me?'” He said, adding, “We did want her to be in it, it was just a scheduling thing.”