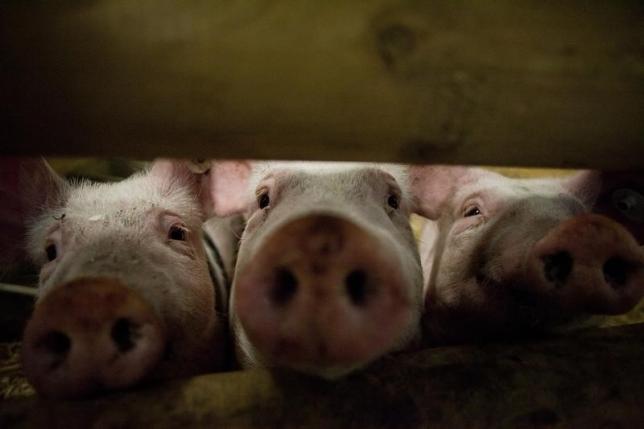 The Japanese encephalitis virus is generally thought to be transmitted only through mosquitoes. However, a recent study by Swiss researchers have demonstrated that JEV transmission could be swine-mediated as well.

Pigs were initially thought to only be “amplifying vectors” wherein the pig, once infected by a mosquito, will induce replication of the virus and will be able to pass on the virus to uninfected mosquitoes which will infect other pigs, humans and other targets. With this new data, it has been shown that pigs could actually still infect other pigs even without the presence of a mosquito vector.

A team of scientists at the Institute of Virology and Immunology in Bern, Switzerland infected pigs with JEV and housed them alongside healthy pigs. A couple of days after, some of the healthy pigs exhibited symptoms of JEV infection, which they confirmed upon finding out that these newly-infected swine had the same clinical symptoms and viral levels with those that were infected with JEV. In addition, the infected pigs were shedding the virus in secretions from their snouts, making them more susceptible to oronasal infection. This is the first time that a mosquito-free transmission has been observed for JEV.

Results of this study, which was published in Nature Communications, could explain the reason why JEV still sometimes persist during the winter in temperate regions despite mosquitoes not being able to breed and would usually die off at that time. This was a phenomenon that has baffled scientists for many years, especially in northern parts of Japan where year after year, pigs are still found to be positive with JEV despite no presence of mosquitoes carrying the virus.

However, the results were from lab experiments and it is still unclear whether the pig-to-pig transmission actually occurs naturally in the wild. Artur Summerfield, the lead researcher of the study, says that the next logical step is to determine if the same results could be acquired in field experiments.

Japanese encephalitis virus causes encephalitis or the inflammation of the brain and is currently present in East, Southeast Asia and Australia. It is the most frequent viral encephalitis and and its outcomes are usually fatal.

Green sea turtle population is 99% female due to rising temperature