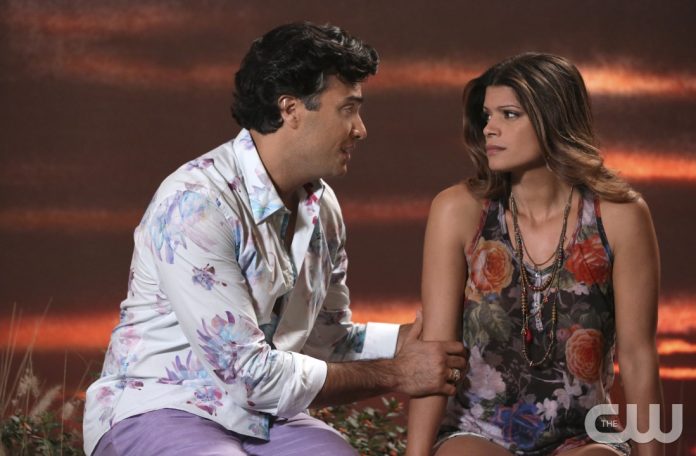 When “Jane the Virgin” returns next week for its third season, odds will be seemingly stacked up high against the chances of Xo (Andrea Navedo) and Rogelio (Jamie Camil) getting back together. And while Jane’s (Gina Rodriguez) mom will have her hands full with her pregnancy, her former flame, on the other hand, will be coping with the situation with the help of newbie, Darcy Factor (Justina Machado).

Deadline reported Machado’s casting and furthered a bit on how Rogelio will come into contact with Darcy. As it turns out, the self-involved telenovela star becomes so devastated by his breakup that he resorts to meeting Darcy who is a matchmaker. Unfortunately, despite partnering up Rogelio with some worthy ladies, he will still manage to screw things up prompting Darcy to propose an unusual setup.

While the article did not delve into what the arrangement will be, fans are speculating that Darcy will take on Rogelio herself. What will be interesting is whether Rogelio will enjoy his new relationship enough for him to actually get over Xo.

However, given that Darcy is described as “all-business brassy, formidable and likes-to-be-in-control,” Rogelio’s dreams of settling down right away may also be out of the picture. It can be remembered that it had been the ultimate deal breaker between him and Xo as the latter was keen on focusing her life with Jane just before she found out that she is expecting her second child.

In the midst of them parting ways, Rogelio and Xo will be forced to deal and work with each other in “Jane the Virgin” season 3’s debut.

In “Chapter Forty-Five,” spoilers suggest that while Rogelio tries to keep the news of Michael’s (Brett Dier) shooting from the press, he reaches out to Xo to help pull it off. Elsewhere, Jane will be making a huge decision regarding Michael’s condition after being shot in the final moments of the season 2 finale. Rafael (Justin Baldoni), on the other hand, takes Mateo in order to keep him safe.