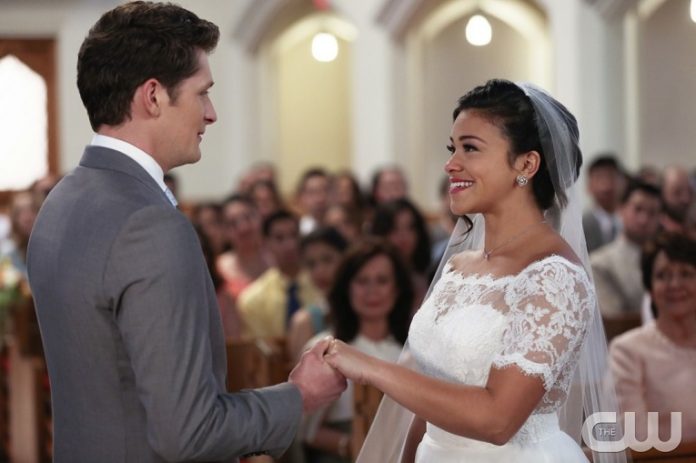 There is a lot to look forward to in the upcoming third season of The CW hit series, “Jane the Virgin.”

After closing the curtains on its sophomore season with a cliffhanger that put both Michael’s (Brett Dier) life and Jane’s (Gina Rodriguez) virginity on the line, fans are left to wonder about what’s in store for the newlyweds when the series returns in October.

“There’s going to be a lot of growth, a lot of character growth for everyone in the cast,” Rodriguez told Parade in a recent interview, adding, “And you know, in true Jane fashion, it’s going to be a roller coaster!”

In the finale episode of season 2, Jane’s husband, Michael, was shot through the heart on their wedding night before he could go back to Jane for their honeymoon. His status has yet to be known, but Rodriguez has recently told Wetpaint that fans will be seeing Michael in season 3. However, whether he’s alive or not remains a mystery.

Executive producer Jennie Snyder Urman has also confirmed that Jane is finally losing her virginity in season 3, and fans won’t even have to wait until the finale episode for it to happen.

“I definitely never want it to be a season opener or a season finale,” Urman told ET Online in an exclusive interview. “To me, it feels like it puts too much pressure on it, and that isn’t what the show is about at its core,” she added.

Another thing that fans of the show have been looking forward to is the revelation of The Narrator’s identity.

Anthony Mendez has already gained two Primetime Emmy nominations for his role as the faceless, nameless Latin Lover Narrator on the hit The CW series. Still, fans have yet to know who his character really is.

Unfortunately, it is not likely to happen in this season.

Urman has already said that she’s planning to reveal The Narrator’s identity in the final season of the show. A decision that seems to still stand and fits right in with the veteran voice actor’s view of his voiceover work.

“It heightens the intrigue about voiceover if you leave it the way it is,” Mendez told NorthJersey.com in a recent phone interview.