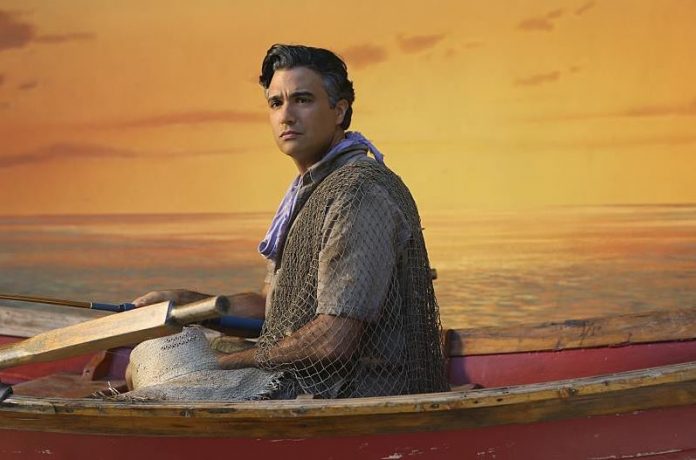 “Jane the Virgin” ended its second season with a shocking cliffhanger as Michael (Brett Dier) got shot just before he and Jane (Gina Rodriguez) were about to go on their honeymoon. Meanwhile, Xo (Andrea Navedo) did not get back together with Rogelio (Jaime Camil) as she didn’t want to have another child, but later she found out that she was pregnant with Esteban’s (Keller Wortham) baby. This new development is expected to cause a lot of chaos between Xo and Rogelio, as Esteban is Rogelio’s biggest rival.

However, it looks like Rogelio will have a lot of other things on his mind as things are about to change for him career-wise in season 3. Speaking with Deadline, series creator Jennie Snyder Urman dropped a clue about Jane’s father and what lies ahead for the vain telenovela star in the upcoming season.

“At a certain point Rogelio’s telenovela will end and they will be trying to adapt ‘The Passions Of Santos’ into an American show called ‘The Passions of Steve’ and Rogelio is going to be fighting for his part in it,” said Snyder Urman.

Since season 1, Rogelio has starred in the popular telenovela that tells the story of the president of North Ecuaduras. It follows the love story of Santos and Blanca (Kate del Castillo) who are put in outrageous situations but still manage to find love. With “The Passions Of Santos” now ending, it appears that Rogelio is not willing to let go of the show so easily and is determined to make the crossover to the American adaptation of the telenovela.

As for Jane, the showrunner told Entertainment Weekly that the character will get intimate with somebody in the upcoming season.

“Jane will lose her virginity this year,” said Snyder Urman. “In what context and with who remains to be seen.”