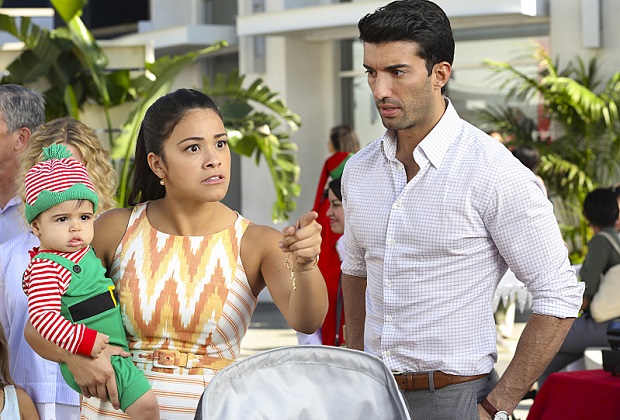 “Jane the Virgin” made its triumphant return this week with an emotional roller coaster of an episode starting with Michael’s (Brett Dier) condition spanning to Rogelio (Jamie Camil) and Xo’s (Andrea Navedo) conversation. Next week, the dramedy will be pushing forward with Rafael (Justin Baldoni) dealing with the fact that Jane (Gina Rodriguez) is now married.

“Chapter Forty-Six” will have Jane adjusting to her rather new but not necessarily easy life as a wife. And while Michael is well and recuperating in the hospital, she would also need to deal with Rafael and what his role in the new dynamics of things will be. Spoilers suggest that Mateo’s biological dad will finally admit to himself that he is over Jane, once and for all. But since they share a kid together, in an unusual way given how events turned out, the two would still have to devise a way to make it work in a way that will be best for everyone. Then again, since this is a satirical telenovela, simple matters like picking a kindergarten for their toddler will become much more complicated.

“This is a great year for Rafael because he watched Jane walk down the aisle and marry someone else and there is a real shift there. In terms of, he had these feelings, he chose not to say it, but is it time to move on? There’s been enough time,” creator Jennie Snyder Urman spilled in a recent conversation with The Hollywood Reporter. “He was in love with her and just wanted to make her happy and was pretty obliged to say yes all the time and now, he’s going to try to come out of that and that’s going to make all their interactions richer and more equal and deeper and allow for new dynamics in their relationship.”

Elsewhere in the episode, Xo will continue to struggle with her pregnancy as she tries to keep it on the down low. The situation gets more stressful as she gets jumpy about the possibility of Alba (Ivonne Coll) eventually finding out her condition. In the last episode, she made it clear to Rogelio that she is not keeping the child despite him offering to love the kid as his own. It will be interesting how Jane’s mother will treat her complicated situation moving forward as physical changes in her body due to the pregnancy will start to show.