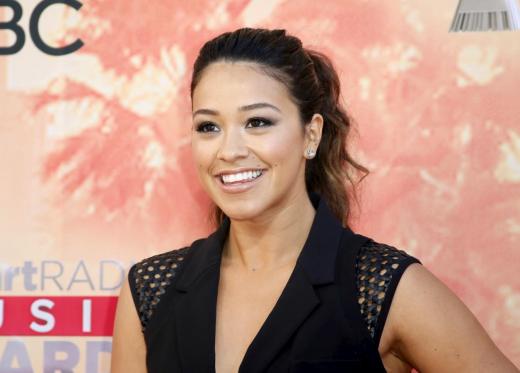 The first official table read for season two of the breakout comedy show, “Jane The Virgin” has been carried out with the cast in full swing.

E! Online exclusively reports that the premiere episode will make viewers fall in love with the show once more as it is said to be full of emotions and laughter. The table read was done at the set location standing in as the Marbella hotel, with director Brad Silberling and executive producer Jennie Snyder Urman in attendance alongside stars of the series and members of the press.

The report added that fans are more likely be torn again when choosing between Team Rafael and Team Michael after they see episode one.

On a separate interview, Rodriguez teases that with Jane’s baby being kidnapped by drug lord Sin Rostro, her character will be shown in a new light, “You are going to see Jane’s fearlessness. You are going to see how strong she is and how much she’s going to fight as a mother. But there are a lot of other things that will come into play. So hopefully, baby Matteo won’t be gone for too long.”

The actress also commented on being snubbed by Emmy Awards this year, stating that her inspiration is Tatiana Maslany from “Orphan Black,” “That girl is so phenomenally talented. And it took a few seasons for her to get nominated. She is my hope, she is my inspiration, she is my empowerment. I’m so proud of her for getting nominated this year. And if I have to wait my turn, I’ll wait my turn. It’s fine. I just got to go back into this season, work my ass even harder so that eventually they can recognize it as well.”

'Supergirl' season 2 renewed or cancelled? No word yet from CBS