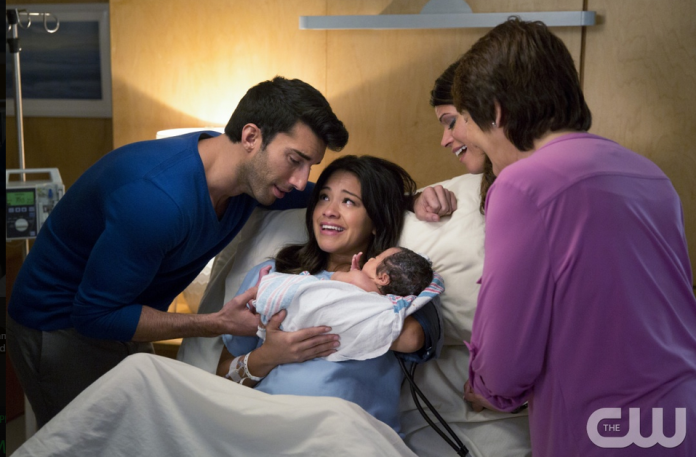 CW’s breakout comedy hit, “Jane the Virgin,” returns on October 19 for the highly-anticipated season two and fans may be delighted to find out some good turns of events.

A lot of viewers may have been shocked with the season-ender. Thankfully though, Mexican actor Jaime Camil, who portrays Mateo’s father Rogelio de la Verga, has revealed that the baby is safe and will soon be reunited with his mother.

On an interview during Banff World Media Festival, he said that showrunner Jennie Snyder Urman has reassured that cast regarding the baby, “That’s what Jennie told us. She shared … that the baby needs to come back fast,” The Hollywood Reporter shares.

Camil added that they were also shocked on how the finale turned out when they first learned about the script, “We found out who (villain) Sin Rostro was at the table read. As a cast, we decided not to read the season finale episode until we were at the table read together. So we were surprised the same way the audience was surprised, and found out the cliffhanger there: Oh my God! They’re going to kidnap the baby?”

Meanwhile Golden Globe-award winning actress Gina Rodriguez also told Time what she thought of the finale, “When I read the script, though, I was terrified of giving birth. I mean, terrified. I obviously don’t have any children. I’ve never given birth before. You can watch as many videos until you’re like, “Wow, this is a very personal experience.” Then the capturing of Mateo at the end I thought was brilliant because it’s such an amazing cliffhanger,” she said.

She teased that fans may see her character in season two dealing with the disappearance of the baby, “What I am looking forward to more than anything is seeing how she resolves it, like seeing what happens to Jane when she finds out Mateo’s gone. I’m actually very excited to play that.”

She added that although they did not see Sin Rostro’s face, she hopes that Regan will be back to reprise her. Among the actors coming back, she mentioned that Rita Moreno may appear as a guest star.

Moreover, Camil let it slipped as well that Rogelio will be dealing with his ex-wife, who may complicate his new marriage with Xiomara.