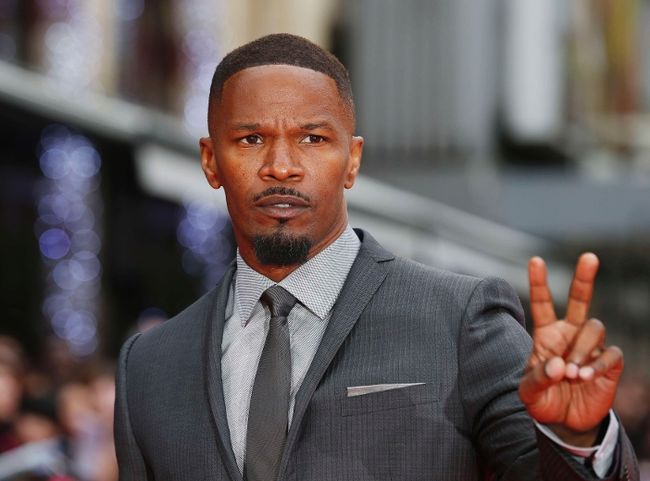 Jamie Foxx, the star of “Ray” and “Django Unchained,” has finally done it in real-life he played an actual hero and saved a man’s life by pulling him out of a burning car.

On Monday evening, Foxx saw a car overturn on a highway. Flames started to consume the vehicle while the driver was still pinned down in his vehicle. Not caring for his own safety, Foxx reportedly pulled out the driver from the burning car and dragged him 30 feet away from the crash site.

The accident was a single vehicle wreck. It appears that the car skidded on wet roads, and then it hit a ditch and eventually went belly up. Foxx got involved because the car ended up right in front of the gate of his house. He resides in Hidden Valley, northeast of Los Angeles.

Foxx was one of two witnesses at the crash site. A report from E! Online stated that he grabbed a rescue tool from his vehicle and rushed to the pinned-down driver. With the help of the other witness, he busted the driver’s window and pulled out the driver to safety.

E! revealed the identity of the driver, Brett Kyle, 32 years old. It seems that Kyle was driving under the influence causing his car to flip when it hit a drainage ditch. The car is said to have rolled several times before it ended with its belly up in the air and started to catch fire.

Apparently, Foxx was worried that the car would explode, endangering the life of the driver and did what he thought was the right thing to do save the man’s life.

The police report did not identify Foxx and the other witness although their heroics were recorded in the Facebook page of the local Ventura County-based Safety for Citizens group.

Switched at Birth Season 5 spoilers: Show to shock fans with...