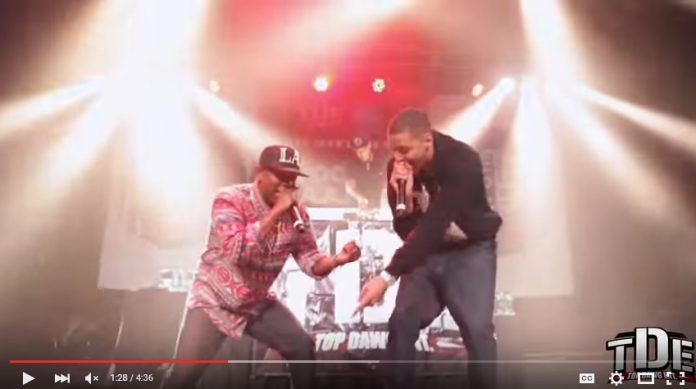 Fans of hip hop superstars J. Cole and Kendrick Lamar do need not to worry about the fate of the long rumored joint album of the two of the biggest rappers in the scene right now, as reports are pointing out that while the album may not be released in the near future, the project has not been cancelled entirely.

One of the main reasons why the long rumored joint project album may not be released yet is that both J. Cole and Lamar are currently very busy with their own careers and finding time to work together might not be an easy task after all.

For one, reports pointed out that in the past week, Cole had been occupied performing at the Ticket Pro Dome in Johannesburg, South Africa, while Lamar had been busy doing his promotional gigs for his partnership with sporting brand Rebook.

Also, Lamar reportedly spent his recent time working with fellow artist Mistah F.A.B. in the latter’s upcoming new song titled “Survive.” The song will be a part of Mistah F.A.B.’s album that will be out on May 27, titled “Son of Pimp.”

Dave Free, President of Top Dawg Entertainment, also teased that “anything is possible” when it comes to Lamar and Cole working together. Free previously told MTV News that the rappers are busy with their own respective careers.

“A joint album does sound great, but people need to understand, these are two geniuses,” he continued. “These are two creative guys. It takes a long time for one of them to get in a space to create a song, so to get two of them in a space to do that, it takes a lot of time and energy. It all has to be a singular project, but it just can’t happen overnight.”

Even Lamar teased that the interest in making the project is there, but he will not give any date whatsoever.