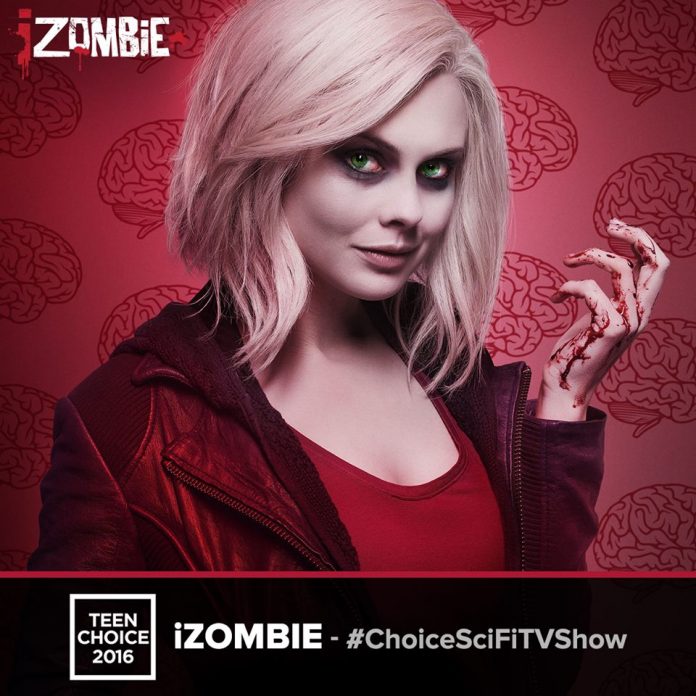 The brain-eating creatures are getting a common place to socialize in during the highly anticipated season 3 of The CW’s “iZombie.”

According to Entertainment Weekly, a speakeasy will be set up in Seattle for Liv (Rose McIver) and her friends to meet up in whenever they find themselves in need of relaxation or for the other undead to plot their world domination. However, normal humans may not be able to get in easily as the strict door policy forces visitors to eat a ghost pepper without watering an eye.

Showrunner Rob Thomas explained to the news outlet, “The number of zombies in Seattle is going up at an alarming rate, and it’s high time someone capitalized on the undead’s desire to socialize with their own kind.” He shared that they were planning to call the establishment Coldcock’s but it apparently turned out to be a name of a brand of booze. They instead settled into dubbing it “The Scratching Post.”

“It’s a speakeasy where one needs to be able to eat a ghost pepper without flinching to be allowed in, but once inside, brains and hot sauces from around the world are available for the discriminating zombie,” Thomas added.

It can be recalled that back in the season 2 finale, Liv and Major (Robert Buckley) met Vivian Stoll (Andrea Savage). The latter promised that the two that there will be a new world order which includes making their city the “capital of the zombie homeland.” Although the actual look of the bar has not been revealed yet, concept art released showcases the spacious underground location.

Meanwhile, spoilers suggest that the Liv may have more vivid and longer visions every time she eats a brain. Bleeding Cool shared that Ravi (Rahul Kohli) will discover a recipe to increase the said extraordinary ability.

Viewers have seen that Liv uses the visions to figure out who killed murder victims but as a side effect, she also picks up on their personality traits. If the visions are lengthier, it remains to be seen if the side effects will also be amplified.