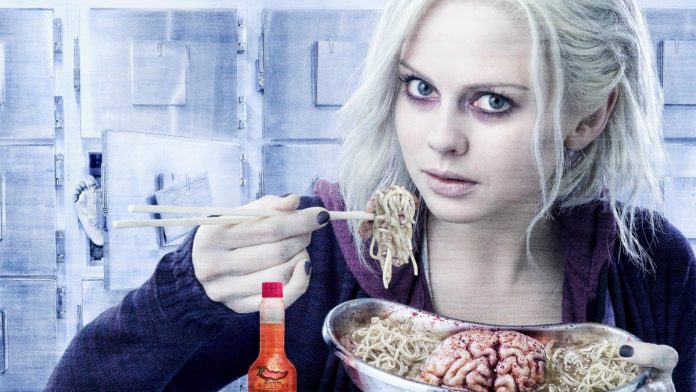 A romance rekindled, and three “meals” are some of the stuff that viewers can look forward to during the second season of Rob Thomas’ iZombie.

Realty Today said that Liv Moore and Major Lilywhite may have ended their relationship at the end of season 1, but the show’s producer, Diane Ruggiero-Wright, said that the couple will still get back to each other in the second season.

However, Wright warned that the reunion will not happen right away as Major will be going through several issues that will see him reverting to a personality that’s completely the opposite of what he was in season 1.

Major, who is played by the actor Robert Buckley, will be dealing with Utopium addiction in the season, Entertainment Weekly revealed.

According to EW, the addiction is a side-effect of Major’s recovery after his near-death experience in the first season.

Wright told Hollywood Life that it will take Major a considerable amount of time to get off his addiction, which will affect his reconciliation with Liv.

“He has [a] legitimate gripe,” the executive producer said. “And it’s going to take a little bit for him to get past it, rightfully. So we’re going to be honest about it.”

A character will also be coming back, as Design n Trend reported that Peyton, Liv’s human roommate, will be returning in season 2.

Aly Michalla, the actress for Peyton, confirmed the return of her character, who was last seen fleeing her room after finding out that Liv is a zombie.

According to Thomas, Liv will consume a “grumpy old man brain, bro-licious frat boy brain and a Real Housewife of Seattle brain” in the season 2 premiere.