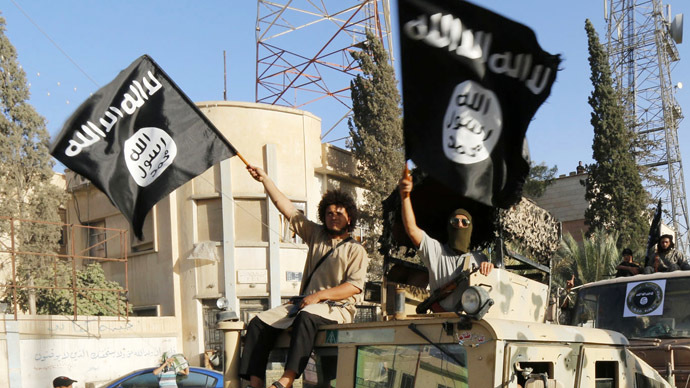 Due to airstrikes and reduced oil production, the Islamic State terror group has reportedly cut its militants’ salaries by up to 50 percent.

The documents obtained and translated by Middle East Forum researcher Aymenn Jawad Al-Tamimi reads that “on account of the exceptional circumstances the Islamic State is facing, it has been decided to reduce the salaries that are paid to all mujahideen by half.”

“It is not allowed for anyone to be exempted from this decision, whatever his position. Let it be known that work will continue to distribute provisions twice every month as usual.”

The Syrian Observatory for Human Rights reported that the cuts on wages would affect militants in the Al-Raqqa City, the Islamic State’s base.

According to the observatory, local fighters claimed that their wages were lowered to make way for salary increase among foreign militants. IS terrorists are paid $400 to $1,200 per month, in addition to $50 for their wives and $25 for every child.

Observatory head Rami Abdel Rahman suggested this means IS fighters are now paid as low as $200 a month.

IHS Global Strategies reported that the IS earned $80 million per month in the latter half of 2015.

The jihadist group’s income comes from the territories it seized to create multiple revenue channels such as oil production and drug trafficking in Iraq and Syria.

According to the United Nations, the IS has collected an estimated amount of $35-45 million in 2014 from robberies and kidnapping. The rebels demanded huge ransoms before they executed American citizens including James Foley ($132.5 million) whom they eventually murdered.

U.S. airstrikes that targeted oil refineries in Iraq and Syria have prompted pressure on the IS funds.

U.S. Central Command head, General Lloyd Austin, told CNN: “Combined with all of the other strikes that we’ve done on Isil’s gas and oil production and distribution capabilities and strikes against his economic infrastructure and the various sources of revenue, you can bet that Isis is feeling the strain on his checkbook.”