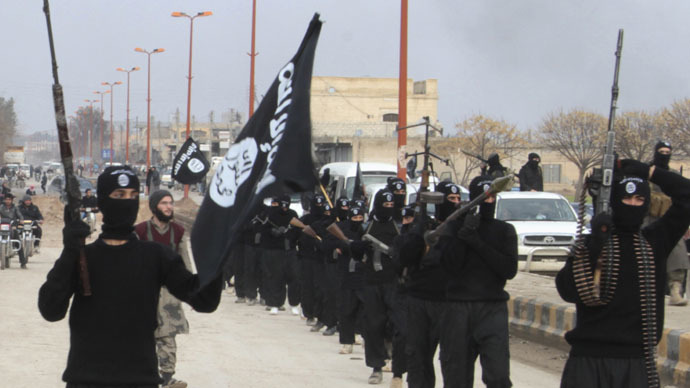 Journalist Michael Ware released a brutal video diary titled “Only the Dead” after living in Iraq for seven years, saying, “I witnessed the birth of what is now Islamic State.”

The Guardian reported that the Australian Time Magazine writer depicted his traumatic “Iraqi experience” through a collection of violent videos captured in a “$300 Handycam” since 2003 with American reporter Tom Pennington.

Speaking from his home in Brisbane, Australia, Ware recalled how he found himself in a deadly situation in Baghdad and realized there wasn’t only one war.

“There was not one war in Iraq, there are at least four,” he said. “First, that between the Americans and British and those initial insurgents officers in Saddam’s army and their sympathisers. Then the holy war, waged by what we now call Islamic State. Third, civil war between the Iraqis themselves, Sunni and Shia. And fourth, Iran’s war against anything they call a Ba’athist [Saddam Hussein’s secular party]. And that’s without even mentioning the Kurds.”

Ware explained that the Islamic State’s vision of “martyrdom” was the “first propaganda masterpiece” by Abu Musab al-Zarqawi, who although died in a Baghdad airstrike in 2006, was able to make his ideas for the jihadist group live on.

“Abu Musab al-Zarqawi in effect single-handedly hijacked the war in Iraq and turned it to his own design to fulfill his own vision of holy war,” he previously told Australia’s “Lateline.” After Sadam Hussein’s regime, “the man who stepped into that breach was the founder of the Islamic State, a man called Abu Musab al-Zarqawi.”

Filming in Baghdad for 11 months each year and going home to Australia for a break for seven years, Ware stocked his tapes in a Tupperware under his mother’s bed without watching anything. He decided to go home in 2010 and deal with his tormenting trauma until he thought about taking a look at the videos he recorded.

His documentary, which was released at the Sydney Film Festival last year, is set to be shown on HBO America soon.

Russians among the casualties in deadly Syria strikes by U.S.-led forces