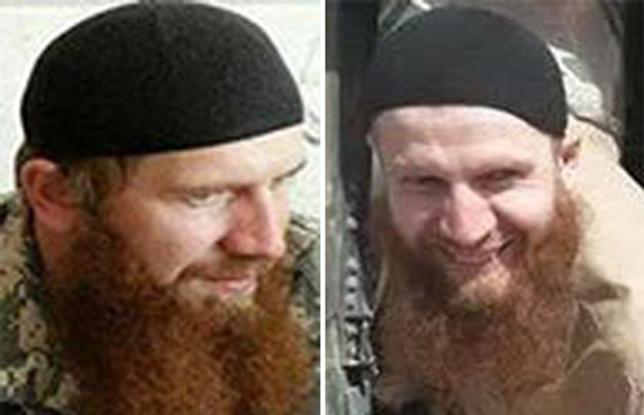 U.S. officials have confirmed that ISIS senior operative Omar-al Shishani is dead, according to CNN.

Shishani, also known as Omar “the Chechen” al-Shishani was one of ISIS’ most capable commanders. He was ISIS’ northern commander and oversaw military operations in Northern Syria.There was a $5 million reward on his head from the U.S. State Department.

The ISIS commander was injured in a U.S. airstrike last week and was confirmed dead afterwards.

The officials declined to say how exactly Shishani died. Additionally, they also did not confrim where precisely the airstrikes were made.

The Pentagon offered differing locations, first saying it was near al-Shaddadi but later indicating in a press release that it was near al-Hawl, which is several miles away.

In the wave of U.S. airstrikes by drones and manned aircrafts, 12 addiitonal ISIS fighters were killed as well.

CNN reported that during the time of the airstrike, Shishani was at a “shura” or a meeting with other officials. Shishani came all the way to the al-Shaddadi area from ISIS’ unofficial capital of Raqqa to meet with fighters there who had been in “heavy combat and suffered losses.”

“Batirashvili is a battle-tested leader with experience who had led ISIL fighters in numerous engagements in Iraq and Syria,” Pentagon Press Secretary Peter Cook, using a different term for ISIS, said as quoted by CNN.

“His potential removal from the battlefield would negatively impact ISIL’s ability to recruit foreign fighters — especially those from Chechnya and the Caucus regions — and degrade ISIL’s ability to coordinate attacks and defense of its strongholds like Raqqah, Syria, and Mosul, Iraq,” Cook adds.

Shishani’s real name was Tarkhan Tayumurazovich Batirashvili and was once part of the elite Georgian military unity. He joined ISIS in 2013 and was in charge of a prison near Raqqa, Syria. He was appointed to be ISIS’ northern commander by leader Abu Bakr al-Baghdadi in 2014.