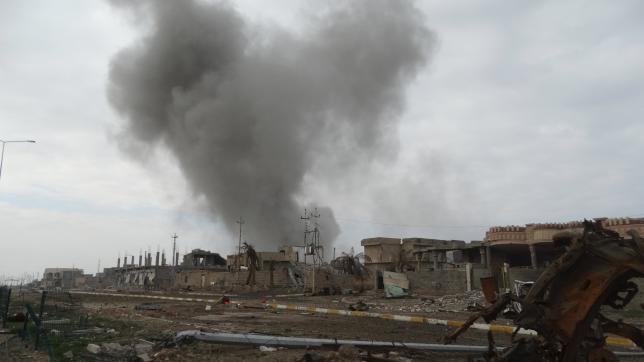 In a bid to retake major cities from the control of the Islamic State, colaition forces have launched an all out offensive against the militants in Ramadi, in an operation that will take several days, according to an Iraqi military statement.

Based on a report by Reuters, the US-lead coaition forces has carried out 27 airstrikes against ISIS in the area, which lies some 60 miles west of the capital city of Baghdad.

Driving out ISIS from the city is among the priority of the Iraqi government offensives as population centers have provided the Islamic State a revenue base that allows them to control oil resources agricultural areas and gives them the advantage of planning attacks outside of the territory.

If the government offensive proves successful, Ramadi will become the second city after Tikrit to be retaken from the ISIS. A victory could also boost the morale of the Iraqi forces after the Islamic State was able to seize one third of Iraq in a bold and specific offensive launched last year.

Joint operations command spokesman Yahia Rasool, in an interview with Reuters, said that the city would be handed over to Anbar police and local tribes after it was fully cleared and secured.

The offensive is part of the overall goal of the military to drive out the ISIS from Mosul and Falluja, as well as areas in Syria that the group has declared as a caliphate.

Meanwhile, a major investigation is being undertaken by the Ankara Chief Prosecutor’s office after a sanctioned wiretapping  revealed that Turkish officials in Syria have been in touch with the Islamic State, RT reported.

The investigation involved the case of 27 missing persons believed to have joined the ISIS.

Based on one of the transcripts of the wiretapped conversations of 19 individuals possibly linked to the militants, a military officer may be responsible for putting the missing persons in touch with the ISIS.